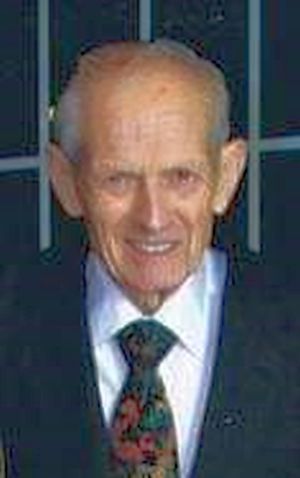 Roger Clinton Kelly, 89, of Plymouth passed away on Sunday, October 17.
Born on February 1, 1932 in LaCrosse, Indiana the third child of Stanley M. and Janel (Mills) Kelly. He attended Leiter’s Ford/ Aubee Township High School graduating with the class of 1950.
On May 12, 1962 at the E.U.B. Church in Teegarden, Indiana, Roger and Carolyn M. Fouts were united in marriage, and to this union were born their children Jane Ann and Michael Fouts Kelly.
During his youth, Roger weeded mint and peonies, worked for farmers in the LaCrosse area and peddled papers in town. After graduating from high school, he moved to Plymouth and lived with the late Herman and Ruth Rensberger at their West Jefferson Street home while he worked at Stevens Oil, Jeffirs Motors and Joe Stinson all located on the same street.
He enlisted in the Navy December 7, 1951 and was honorably discharged July 10, 1952. During his short Navy enlistment, he weighed less than 100 pounds in his dress blues at 6’1” and was ordered to go through the chow line three times per meal until he reached the weight of 120 pounds. After his honorable discharge in 1952, Roger went into the trucking business working for Paul Shoemaker in Plymouth hauling produce from Florida and potatoes from Gumz Farms near North Judson to Ft. Wayne.
Roger moved to LaPaz in 1953 and worked for Martin Oil on U.S. 6 and lived with the late Clarence and Esther Tyler and their sons. In 1955, he was offered a driving job for a year with Reefer Transit in Chicago while the main driver would take a year off to build a house. However, the driver ran out of money and came back to work before the year was over. Another Reefer Transit driver had his truck for sale and Dr. Charles and Margaret Jones, Reefer Transit owners suggested Roger buy this driver’s truck, (1954 Ford F-800) and they would help him financially, withdrawing from his paychecks until the loan was paid, thus the beginning of a 30-year driving career that he thoroughly enjoyed. Roger retired after 30 years as an owner/operator, over the road driver for Reefer Transit Line, Chicago and Cedar Rapids Steel Transportation, Cedar Rapids, Iowa. Twenty-five of those 30 years, he drove for Reefer Transit unit the owner filed bankruptcy.
Mr. Kelly enjoyed his family, friends and dogs. He will always be remembered for his enjoyment of a game of cards, a big appetite and a good joke. He was a big John Wayne fan and owned an interesting collection of the “Duke’s” memorabilia. After he was unable to work, he assisted in many community fundraisers and did volunteer driving.
Roger was baptized in the Lutheran Church in LaCrosse and was a member of the Lakeville United Methodist Church. A life member of the Bremen Veterans of Foreign Wars Post 8972; Otho B. Place American Legion Post 192, Loyal Order of Moose Lodge 741, Moose Legion 96 in Plymouth and a former member of the LaPaz Volunteer Fire Department.
He is survived by his wife Carolyn of Plymouth; children: Jane Ann Kelly of South Bend; Michael Fouts Kelly of North Liberty; sisters: Eileen (LaVern) Hibner of Plymouth; Janet Lindvall of Plymouth; brothers: Robert Kelly of Jackonsville, NC; Ralph (Betty) Kelly of Bremen; James (Peggy) Kelly of Rochester; sister-in-law Betty McFarland of Jenison, MI as well as several nieces and nephews.
Roger is preceded in death by his parents, brother Thomas Kelly and his infant sister.
Visitation will be held on Friday, October 22, 2021 from 4-7 pm at the Johnson-Danielson Funeral Home, 1100 N. Michigan Street, Plymouth.
Funeral services will be held on Saturday, October 23, 2021 at 11:00 am at the Lakeville United Methodist Church, 610 N Michigan St. Lakeville, IN 46536.
Burial will take place in the Morris Cemetery, Walkerton with military honors rendered by the U.S. Navy.
Memorial contributions can be made to the Lakeville United Methodist Church, 610 N Michigan St. Lakeville, IN 46536, LaPaz Volunteer Fire Department, 411 S Michigan St, La Paz, IN 46537 or to the Union North Ambulance Service, P.O. Box 10, Lakeville, IN 46536.
Condolences may be sent to the family through the website:  www.johnson-danielson.com<http://www.johnson-danielson.com>