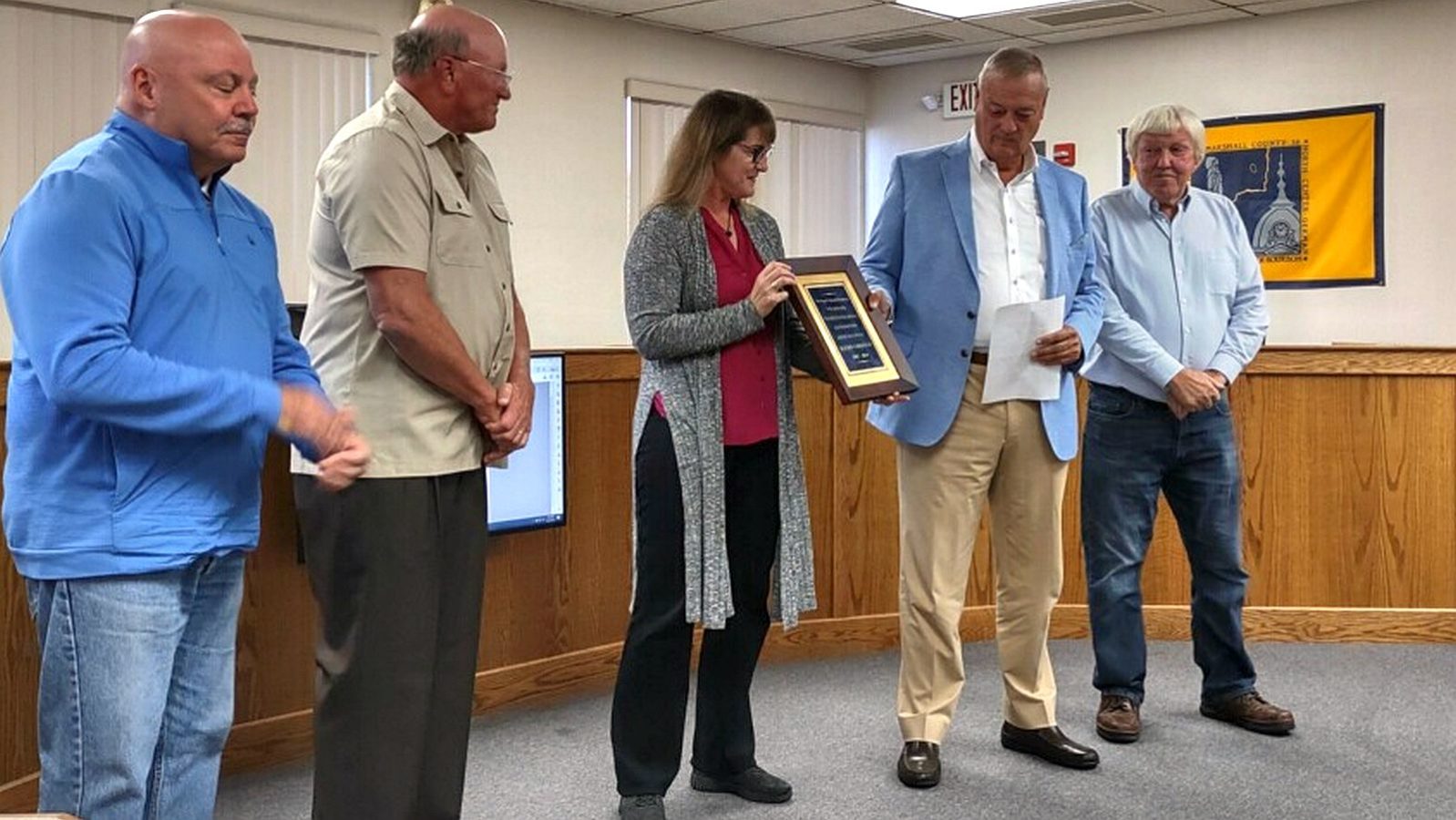 The Marshall County Commissioners honored Roger Umbaugh, their appointment Marshall County Economic Development Corporation Board of Directors since its inception in 2006n during their meeting Monday morning.

Umbaugh passed away in August of this year at the age of 75.

Commissioner President Kevin Overmyer said, “Roger served as president of the Board of Directors from 2007 to 2019 and had a lot of impact on people in this county and the state.”

Todd Samuelson was hired by Roger Umbaugh 32 year ago.  He said, “I owe, and our firm owes much to Roger.  You mentioned his impact here in the county and throughout the state of Indiana and I can speak personally to that.  In terms of just watching him over the years as leading our firm and what we do here in Indiana in our tag line, Helping Communities Be A Better Place to Live Work and Play and Roger embodied that.”

Todd said, “Roger was creative, insightful and he had a vision.”

Also present was Bill Davis President and Board of Directors of the MCEDC and Roger Umbaugh’s daughter Susan Wilson.

Bill Davis, one of the founding board members said Roger had a tremendous leadership ability.  The plaque to be placed on the wall in the board room for all to see Roger’s outstanding leadership and service Roger provided to our county and organization.

Photo courtesy of the Pilot News