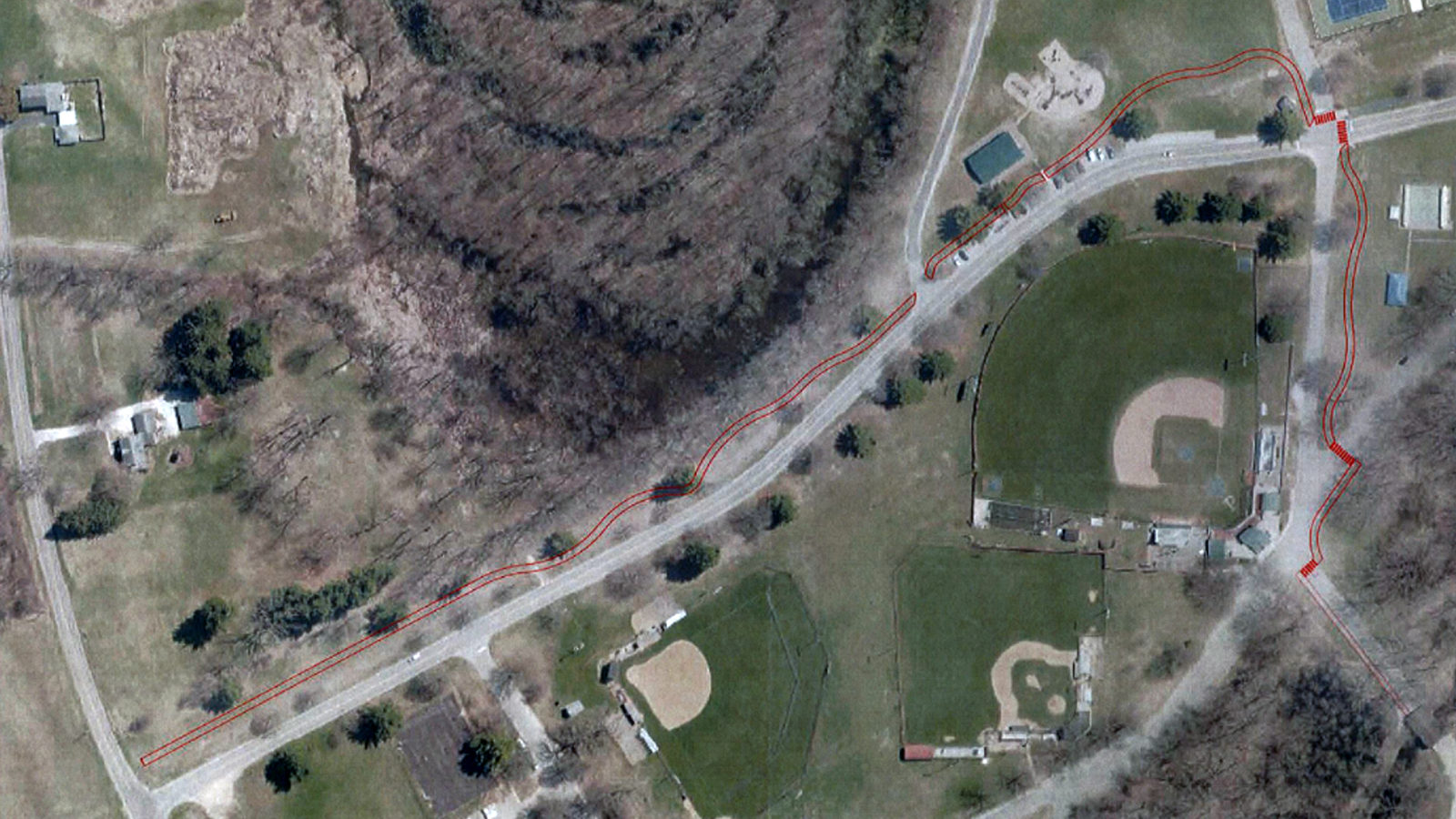 Plymouth Park Superintendent Mike Hite brought Mike Rees from the Troyer Group to the Board of Public Works and Safety meeting to update members on a park project.  Hite told members the park department was fortunate to receive a Land and Water Conservation Grant from the Department of Natural Resources (DNR) in the amount of $500,000 to replace the playground at the Hoosier Old Wheels Pavilion and put a half-mile trail along Randolph Drive out to Plymouth Goshen Trail and going west back from the tennis courts to the corner in front of Nixon Field.

Superintendent Hite and Mike Reese met with the City Engineer Rick Gaul about 2 weeks ago to discuss ordinances in place that the park would like an exception for the trail.  Hite said the city ordinance says if you have 4,000 square feet of hard surface you are required to have a drainage plan.

Mike Reese said they are planning an 8-to-10-foot-wide trail a half-mile long that will follow the existing slope of the area and match the existing grade.  He explained it’s not like a park lot where the hard surface drainage is concentrated and going to one spot.  Reese said there will be minimal impact from drainage.

Reese said the playground portion of the project replaces the current area already being used. Part of the playground will be a poured in place rubber surface, like what is in Freedom Park.  They have an underdrain which will drain to a rain-garden near the playground which was included in the grant application.

The City Attorney said if there were a drainage issue it would only affect park property and not anyone else’s personal property.  The Board of Public Works and Safety motion to approve an exception to the drainage plan requirement for the trail.

Board of Works member Jeff Houin did ask about the trail which basically goes to the city limits.  He asked if there has been any additional discussion with the county or the developer of Centennial Crossings about a crosswalk and extending the trail into the housing development.

Mr. Reese said they had some early conversation with Construction Management Design (CMD) on the idea.

Superintendent Hite said they would like us to go west on the south side of Plymouth Goshen Trail to our property line and cross over to the north there.  Hite said since their project is nearly completed and they can actually see how the trail could connect to the park.

City Attorney Sean Surrisi said they have been working with CMD and their sidewalk project on the new street will be on the east side and should be relatively lined up with the terminating end of this trail so we can coordinate a crosswalk on our own outside the scope of this trail extension.

Hite said he would also like a connection to go across the creek to get into Prices Pond in the future.