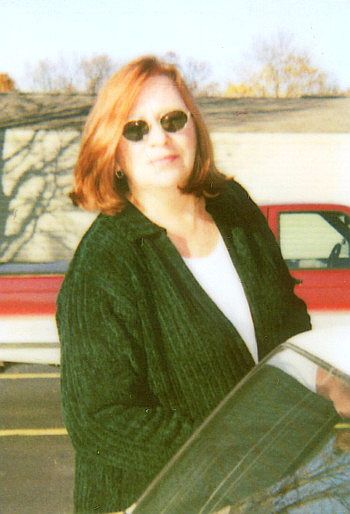 Karen A. Keleher, 71, passed away on Wednesday, October 6, 2021, at Memorial Hospital, South Bend.
Born on June 28, 1950, in Mishawaka, Indiana to Loren and Ilean (Jones) Schultz.
She graduated Plymouth High School graduating class of 1968.
In 1989 she met John Keleher in Michigan City, IN. On February 14, 1992, they were married in Sevierville Tennessee. Her husband would tell you that he would not be the man that he is today without her and which she made him a better man.
Karen was a loving Mother who was proud of her son whom, among many of her better traits, passed on to him her unique sense of humor.
Through the years Karen had many different occupations. Such as in 1968, she was an emergency room nurse at the former Murphy Medical Center in Warsaw, IN. From that time, she proudly shared how she would ride a motorcycle from Plymouth to Warsaw. Other occupations through years include a journalist, a dispatcher with the Marshall County Sherriff’s department, an insurance agent, a manager of a law office in Tennessee, and retiring as a real estate agent.
Karen was exceptionally smart; she was a seeker of new knowledge on any number of topics, many of which she enjoyed were history and genealogy. An adventurous person, she would tell the tales about when in the early 80’s she would often comprise the era’s Rock and Roll performers, meeting members of groups such as Loverboy, Rick Springfield, Journey, Kiss and Styx.
She was known as caring and giving, always tithing beyond, to the Faith Mission in Elkhart, IN, Hope Ministries of South Bend, Joseph Prince Ministries, Joyce Meyer Ministries and Kenneth Copeland Ministries.
Karen is survived by her husband John of Granger; son Adam (Lori) Dombkowski of Wellington, FL; brothers: Dennis (Roberta) Schultz of Plymouth; Michael (Sheila) Schultz of Maryville, TN; grandchildren: Elizabeth, Kaitlin, and Olivia as well as several nieces and nephews.
She is preceded in death by her parents Loren and Ilean.
Visitation will be on Thursday, October 14, 2021, from 4-6 pm at the Johnson-Danielson Funeral Home, 1100 N. Michigan Street, Plymouth. Funeral services will be immediately follow with Life Celebrant James Smart Officiating.
A graveside service will take place on Friday, October 15, 2021, at 2:00 pm at Salem Cemetery, Wilmot, IN.
In lieu of flowers a bouquet of balloons may be sent in keeping with Karen’s wishes that this time be a celebration of her life and not of sorrow; or Memorial contributions may be made on Karen’s behalf to the Faith Mission of Michiana, 801 Benham Ave. Elkhart, IN 46516 or to Hope Ministries, 432 S Lafayette Blvd. South Bend, IN 46601.