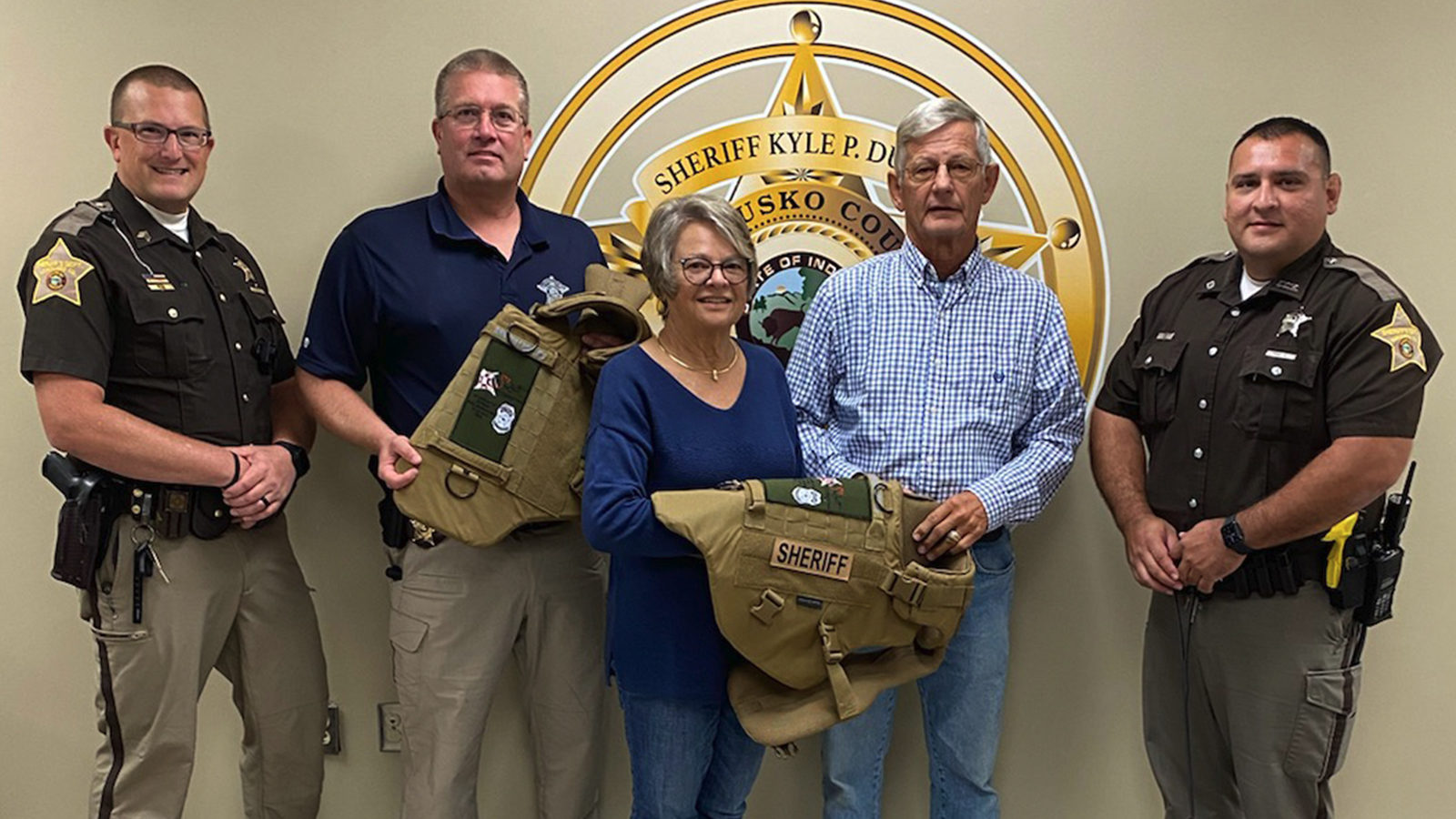 On September 20, 2013, Indianapolis Metropolitan Police Department Officer Rod Bradway, a Kosciusko County native, was mortally wounded while saving a domestic violence victim and her ten-month-old child. In the aftermath, Rod’s mother, Sheri, turned to her passion of quilting as a tribute to her son. Subsequently, Sheri and her quilter’s group formed A Quilt for Mother’s Tears; which provides quilts to the mothers of fallen law enforcement officers.

Chris Trowbridge, owner of Maverick Promotions in North Webster, designed a memorial patch to be worn on top of the vest carriers. The body armor was recently issued to our K-9 deputies and is now part of their daily duty complement. “I am appreciative of the graciousness of the Bradway family and the opportunity to honor Rod’s legacy,” stated Sheriff Dukes.