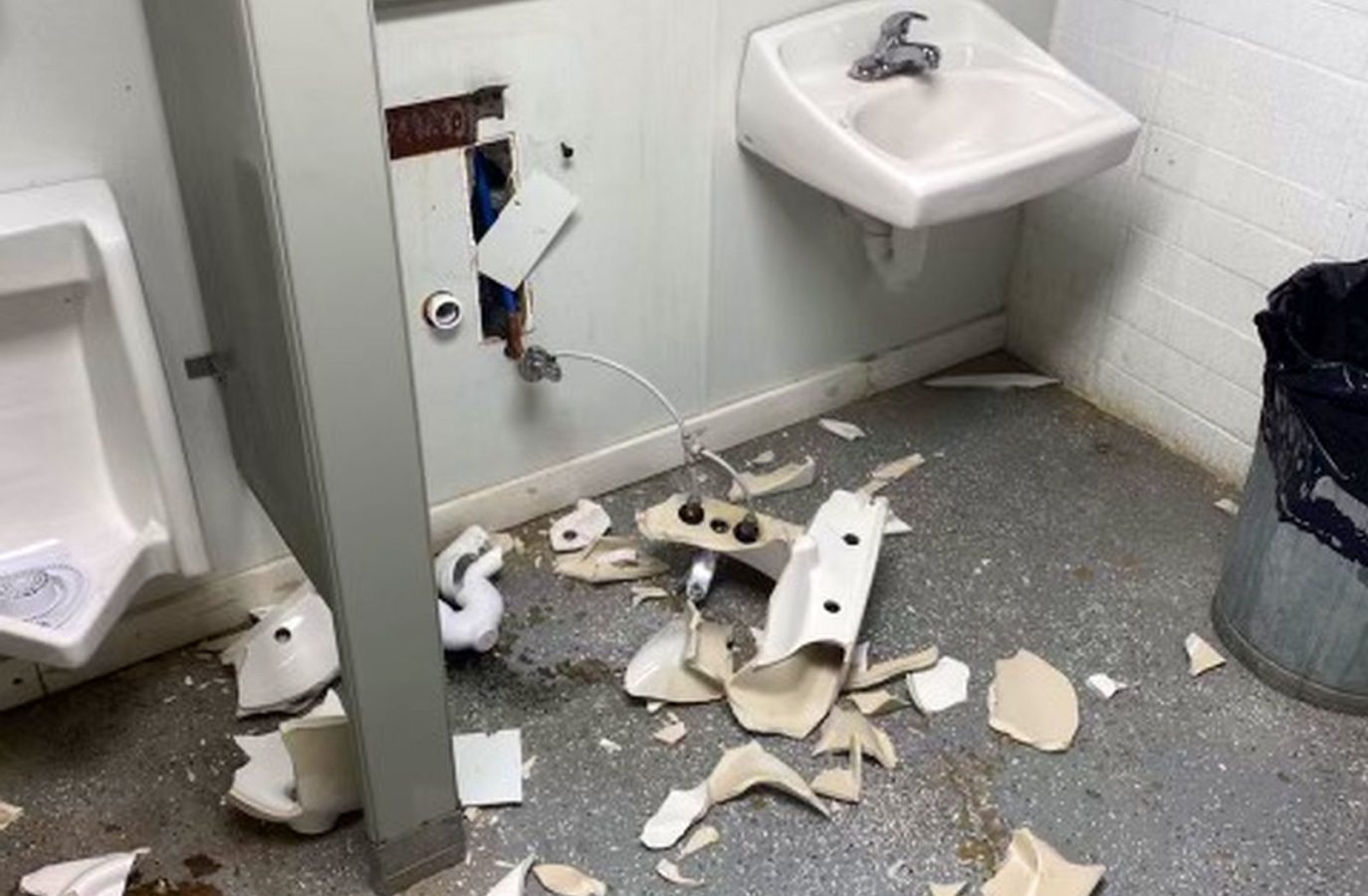 Monday evening members of the Plymouth Park Board were notified by Superintendent Mike Hite that vandals had struck again, this time at Packard Woods.

Hite said someone vandalized the men’s restroom sometime over the weekend.  He said they used a hammer or something on the sink, smashing it into a thousand pieces.  Hite said they closed the restrooms over the weekend and on Monday until staff could get in and capped off the water lines.  He said there were two sinks in the restroom and at this point they will finish the season with one and see how it goes.

City Police Officers will be locking the restroom facilities in the parks at night to help curb the problem with vandalism.

Currently the park department is testing security cameras at other locations for consideration.  Hite said, “I think we almost need to go there.  It’s going to cost some money, but I think enough is enough.  You can not guard against every single inch of the parks, but we can do the most highly visible areas.”

Park Board member Adam Lukenbill said the schools were having a similar issue related to TikTok challenges.