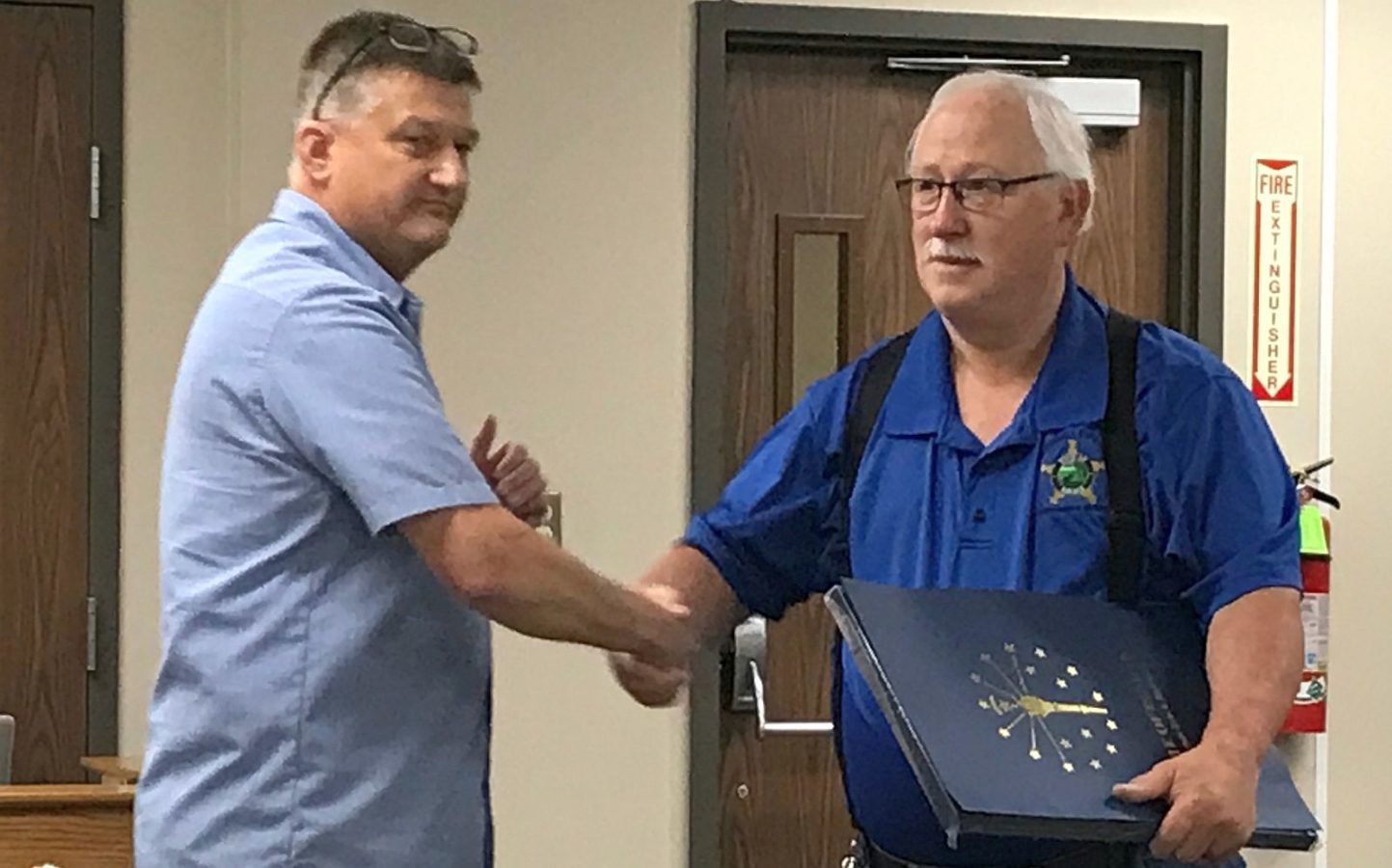 Sheriff Matthew Hassel presented Les with a clock plaque that had engraved on it “Honoring Your Service Presented to Leslie Trump in appreciation of your 24 years of loyal and dedicated service to the Marshall County Sheriff’s Department.”

Sheriff Hassel said, “Les is a hard worker, committed and dedicated to the job and the Marshall County Community he served. He will be greatly missed.”

Trump was also honored during the Marshall County Commissioners meeting on Monday.

Ward Byers, Director of Community Corrections presented Les Trump with the Circle of Corydon.  He said Trump has served the folks of Marshall County for years.  Trump worked at the Mishler Funeral Home and served the county through the Lake of the Woods Fire Department, Plymouth Ambulance Service, Deputy Coroner and currently serves as Chief Deputy Coroner.

Byers said after his years of public service and public safety he felt recognition was due.  Reaching out to Senator Ryan Mishler and Governor Holcomb Byers was able to get a designation for Trump.

The Circle of Corydon Award was established in 2017 by Governor Eric Holcomb. It honors Hoosiers who have made remarkable contributions to the betterment of Indiana and its people, demonstrating through life and service, qualities exemplified by the state’s greatest citizens.