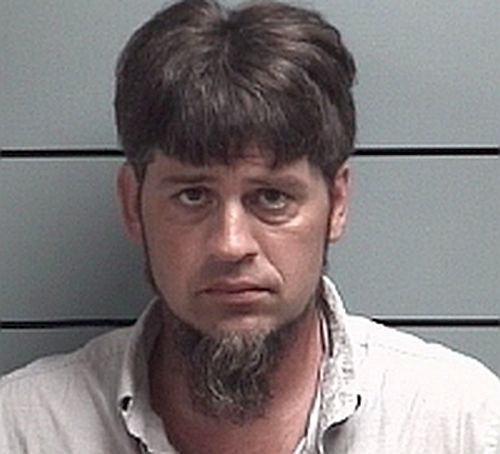 Thursday afternoon September 30th there were 8 to 10 people in front of the Marshall County Court protesting the plea agreement and sentencing of Marlin Slabaugh, 44, from Bremen.

Pursuant to the terms of the plea agreement, Marlin Slabaugh plead guilty to the offense of Sexual Misconduct with a Minor as a level 5 Felony with sentencing left to the court’s discretion subject to the guidelines in the plea agreement.  Slabaugh was arrested in July of 2019 by Marshall County Police.

During the hearing on Thursday, evidence was presented, and arguments heard concerning the sentencing.

Marshall Superior Court III Judge Matt Sarber said the mitigating factors were that the defendant admits responsibility and no criminal history. Judge Sarber listed the aggravating circumstances as the nature of the case and the defendant’s violation of trust with the victims.

Judge Sarber entered a judgement of conviction and sentenced Marlin Slabaugh to 5 years at the Indiana Department of Corrections with 2 years to be served and the remaining 3 years to be suspended. Slabaugh will have three years of reporting probation after his release from the DOC.  The court also ordered the first year of probation to be GPS monitored.  He was given a fine of $1 and court costs of $185.

The terms of the Plea Agreement called for counts 2,3,4,5, and 6 of this cause to be dismissed.  The court also ordered Slabaugh to reimburse Marshall County for all medical care expenses incurred by the county in providing medical care to him and his $10,000 cash bond will be applied to payment of fines, costs, probation fees including GPS monitoring costs.