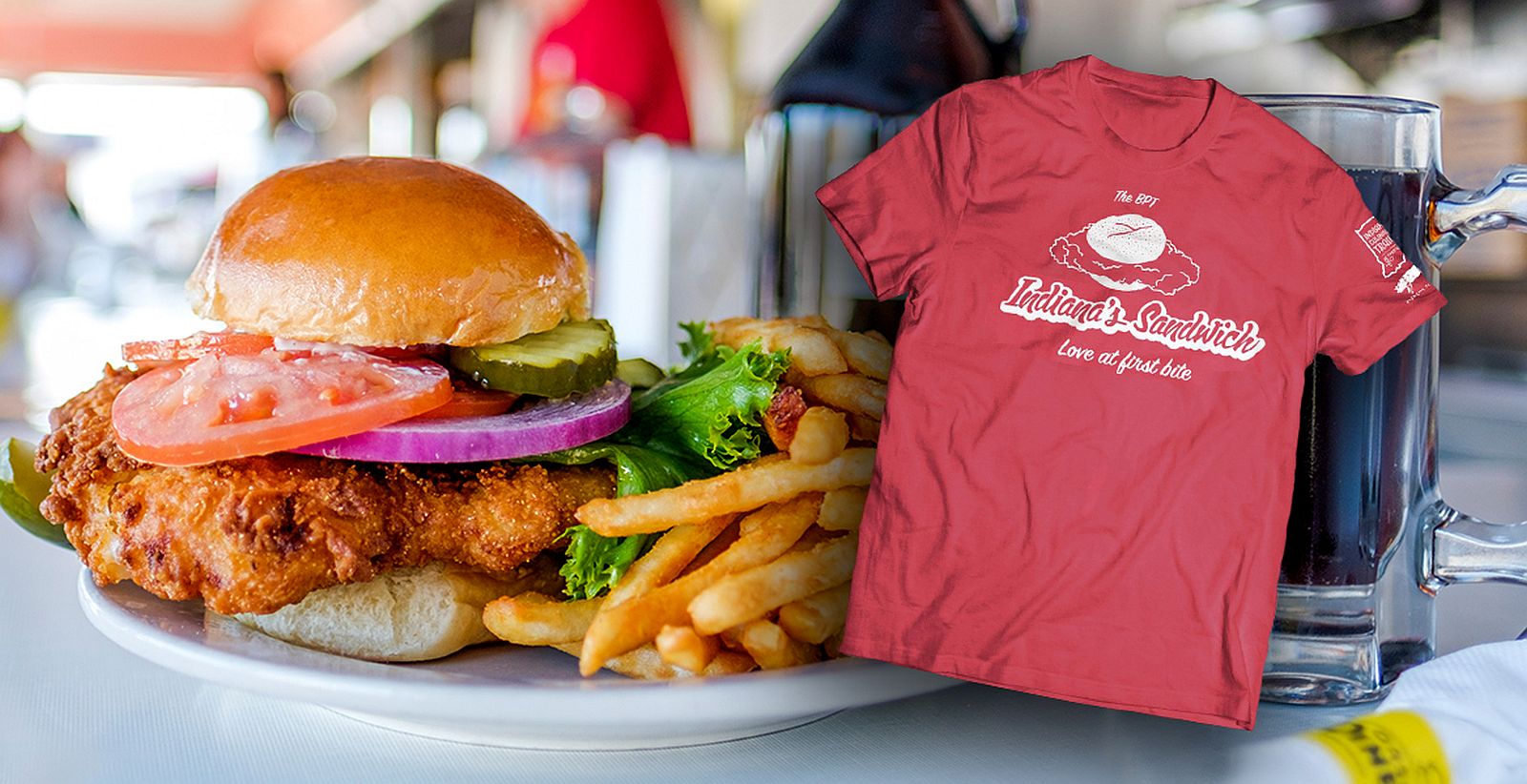 October is pork month, and you can celebrate Porktober by visiting restaurants on the Tenderloin Lovers Trail. You can find the trail on the Indiana Culinary Trails Passport, launched by Lt. Gov. Suzanne Crouch, the Indiana Destination Development Corporation (IDDC) and Indiana Foodways Alliance (IFA).

The breaded pork tenderloin (BPT) has been Indiana’s unofficial sandwich since 1908. If you’re a native Hoosier, you know what it is. It’s a piece of pork, pounded, breaded and usually fried. It might be crispy and flat or thick and juicy, but almost all of them are bigger than the bun.

“Generating nearly $377 million, Indiana is the fourth-largest pork exporter in the nation,” Crouch said. “There are more than 3,000 pork producers in the state.”

The Indiana Culinary Trails Passport is a free digital passport designed to encourage people to eat at locally-owned restaurants. The Tenderloin Lovers Trail is one of the most popular IFA trails, with more than 70 stops.

“Anyone who checks into five restaurants on the Tenderloin Lovers Trail during October will get a free BPT-shirt, courtesy of Indiana Pork,” said Elaine Bedel, Secretary and CEO of IDDC. “Indiana Pork is also donating $1,000 to each of the five restaurants on the Tenderloin Lovers Trails with the most check-ins during Porktober.”

The Indiana Soybean Alliance will also be donating $1,000 worth or approximately 50 gallons of high oleic soybean oil to each of the top five restaurants. Soybeans are the second-largest commodity in Indiana, totaling $3 billion in sales and the leading producer of high oleic soybeans. Approximately 85% of the world’s soybean crop is processed into meal and oil. The majority of that meal is consumed by livestock. Most of the oil produced is used for cooking and deep frying. There are more high oleic soybeans growing in Indiana than anywhere else in the nation.

“Many restaurants had to close their dining rooms during the pandemic or only offer take-out,” said Lindsey Skeen, IFA Executive Director. “That’s why these partnerships with the Indiana Pork Producers and Indiana Soybean Alliance are so crucial for our members.”

*All prizes are available while supplies last.