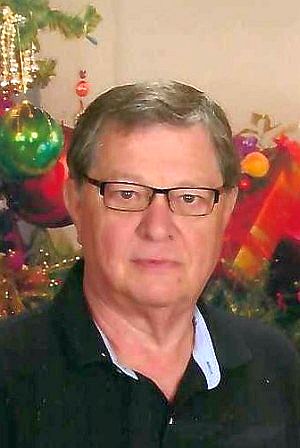 Jerry D. Fish, 73, passed away on Thursday, September 30, 2021 in Brasleton Georgia.
Born on July 15, 1948 in Newark, Ohio he was the son of Kermit and Mary Alice (Long) Fish.
His senior class at LaVille High School would be the first class to graduate in 1966. Jerry met this amazing woman Susan from her best friend who happened to be dating Jerry’s best friend. They would unite in marriage at Sunrise Chapel in Plymouth of Friday the 13th in June of 1969. They would share 52 wonderful years of marriage together.
On March 6, 1969 he enlisted into the Army at Ft. Leonard Wood, MO attending Fixed Plant Carrier Equipment Repair Course or a radio repairman and attached to the signal corps. Jerry would serve in the Vietnam War from 1970 to 1971. He would teach communications throughout his military career until he was honorably discharged in 1972 from Ft. Monmouth, NJ as a Specialist 5.
After his service he would go to work for the United Telephone Company which would later become Sprint for 22 years. Once he retired from Sprint, he went to work for State Farm Insurance for 7 years.
Jerry loved driving his jeep with Susan on many trips with their family- oriented club called “Southern Jeeps.” Jerry enjoyed camping, canoeing and working in his workshop. He was devoted to his wife and his family, leaving behind a legacy of love, integrity, giving and putting his family first before anything else. He never went without saying, “I love you,” to his family each and every day.
He is survived by his wife Susan of Lawrenceville, GA; sons: Scott A. Fish of Winder, GA; Chris (Marlene) Fish of Dacula, GA; brother Larry (Kathy) Fish of Rescue, CA; sister Nancy (Ronald) Hensley of Argos; aunt Delores Long of Plymouth; grandchildren: Christina (Jack) Barbella, Caitlyn Fish, C.J. Fish and Hannah Aloisio; great-grandchildren, Connor Jack Barbella and Sabrina M.A.E. Barbella.
Jerry is preceded in death by his parents, Kermit and Mary Alice, sister-in-law Cynthia (Kirkley) Smith as well as several aunts and uncles.
Visitation will be held on Thursday, October 7, 2021 from 5-7 p.m. at the Johnson-Danielson Funeral Home, 1100 N. Michigan Street, Plymouth.
Funeral services will be held on Friday, October 8, 2021 at 11:00 a.m. at the funeral home with Rev. Tom Anders officiating.
Burial will take place in the New Oak Hill Cemetery with military honors with the U.S. Army Honor Guard and the Plymouth American Legion Post #27 and the Veterans of Foreign War- Marshall County Post 1162.
Condolences may be sent to the family through the website:  www.johnson-danielson.com