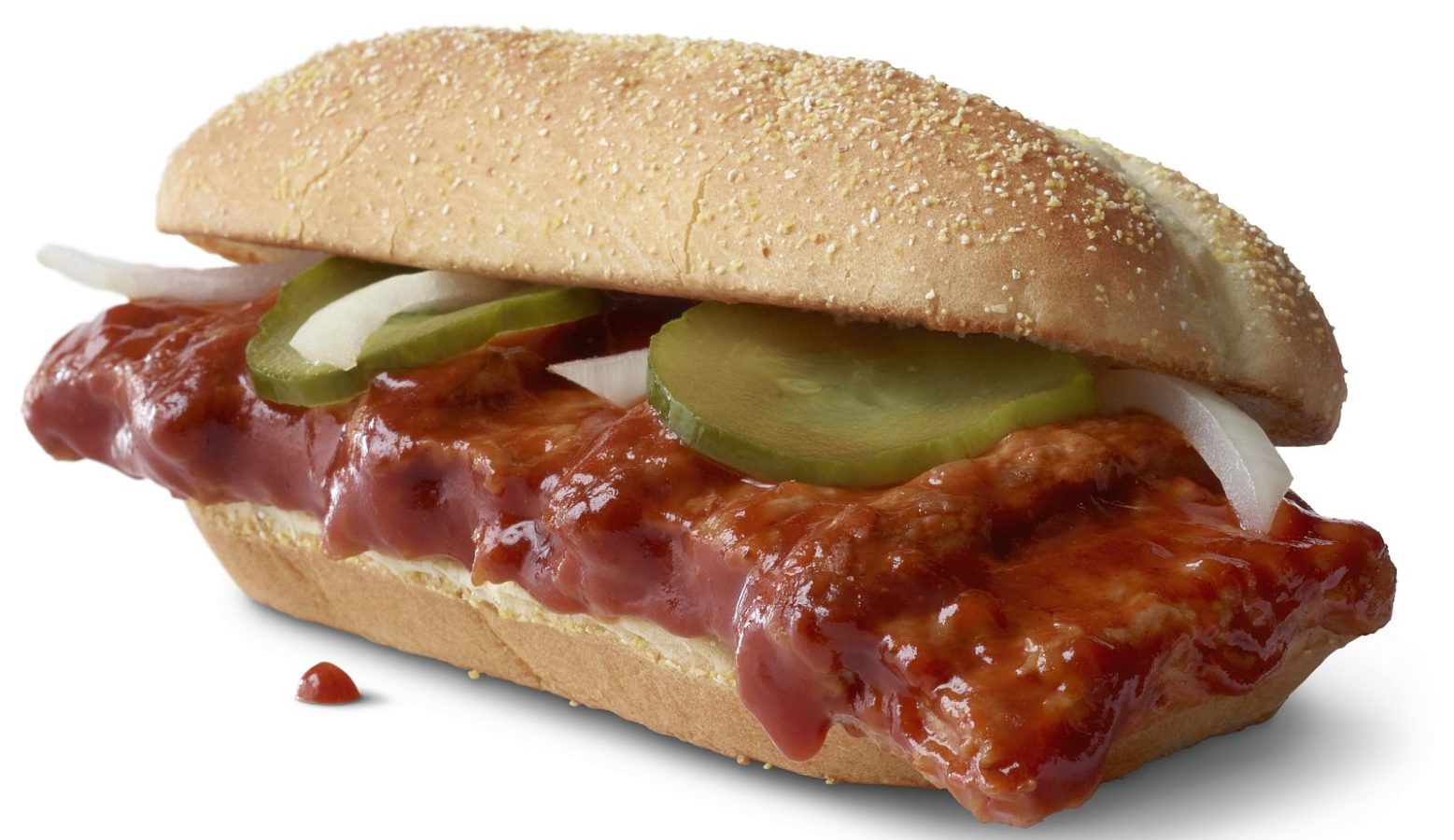 McRib fans to the front of the line; the tangy and tantalizing sandwich you’ve been waiting for all year is almost back! The legendary McRib will make its triumphant return to McDonald’s® USA menus this fall – you can grab the craveable sandwich beginning Nov. 1 for a limited time at participating restaurants nationwide.

The McRib made its debut 40 years ago and quickly became a fan-favorite thanks to the unmistakable flavor of the seasoned boneless pork patty slathered in BBQ sauce and topped with slivered onions and tart dill pickles, all on a homestyle bun.

“In the 80s, the masterminds behind McDonald’s food innovation had a truly unique idea: an undeniably delicious sandwich that could be enjoyed during the colder seasons,” said Mike Bullington, Senior Archives Manager at McDonald’s. “Whether you’re a McRib loyalist or first timer, there is no denying that the McRib is one of the most iconic sandwiches of the last four decades and we have thousands of emails and tweets from fans to prove it.”

The McRib started as a regional favorite following its 1981 debut in Kansas City, Kansas and launched into international fandom when it was paired with the promotion of a major motion picture, along with innovations like the McRib Jr. It has since become an international sensation that has appeared in Germany, New Zealand and France.

The internet boom and emergence of social media solidified the McRib’s icon status. The love of the saucy sandwich connected fans online, and tools like the ‘McRib Locator’ allowed even more people to join the frenzy.  The hype around its annual return even gave birth to the phrase ‘McRib Season.’

Set your calendar reminders, the McRib makes its U.S. nationwide return to menus on Nov. 1 for a limited time at participating McDonald’s restaurants via carry-out, at the Drive Thru, on the McDonald’s App and through McDelivery. And don’t forget to sign up for MyMcDonald’s Rewards* to earn points on every dollar you spend at McDonald’s—unlocking additional free menu items to enjoy.

About McDonald’s USA
McDonald’s USA, LLC, serves a variety of menu options made with quality ingredients to nearly 25 million customers every day. Ninety-five percent of McDonald’s 14,000 U.S. restaurants are independently owned and operated by businessmen and women. For more information, visit www.mcdonalds.com, or follow us on Twitter @McDonalds and Facebook. www.facebook.com/mcdonalds.