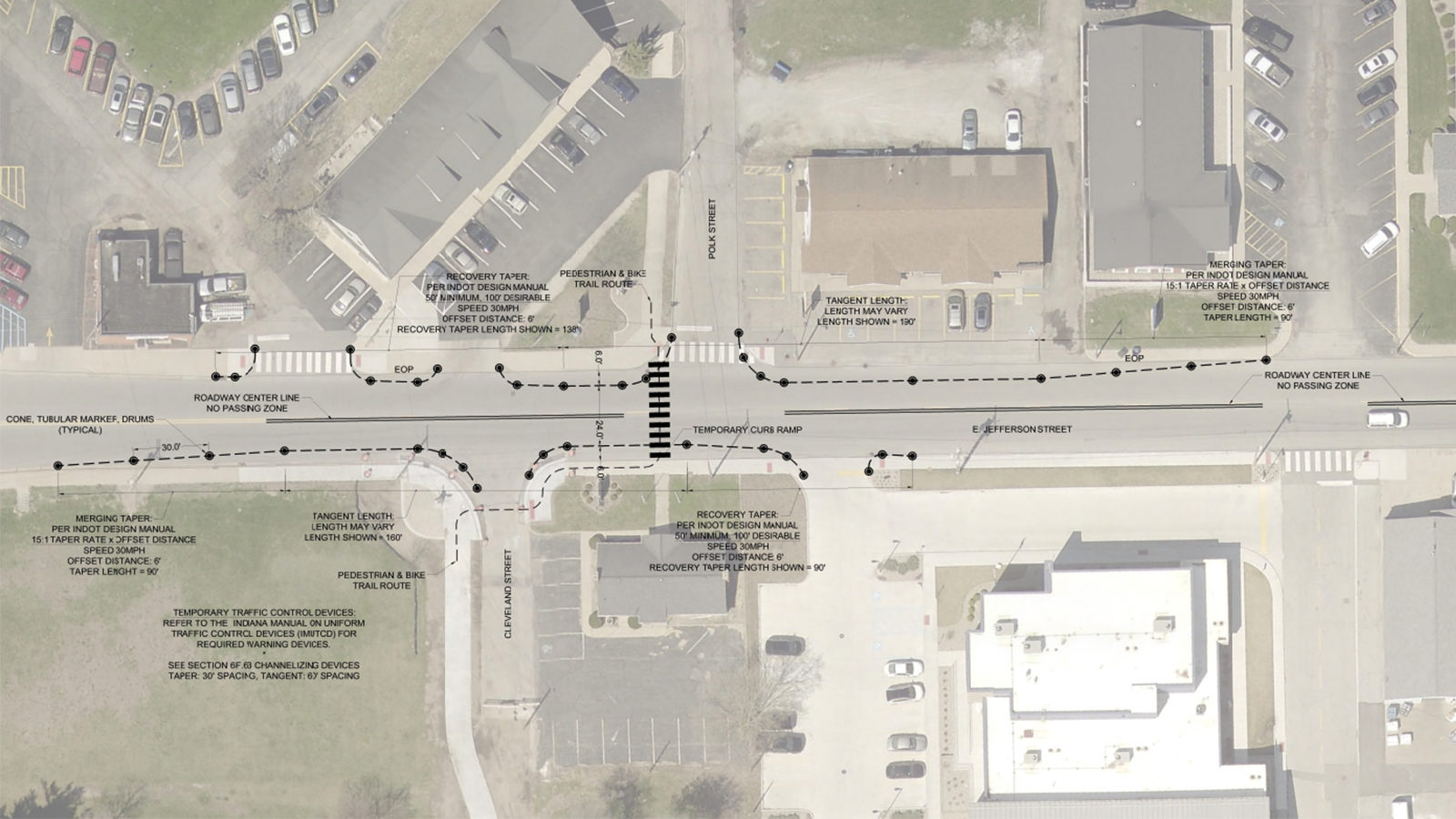 Plymouth Street Superintendent Jim Marquardt and Adam Thada from the Complete Streets Committee presented members of the Board of Public Works and Safety with a plan to temporarily modify East Jefferson Street near the Coffee Lodge.

The request was made for a tactical urbanism project that will temporarily narrow Jefferson Street and create a crosswalk for the Greenway Trail throughout the month of October.

During the meeting Adam Thada commented about the amount of use the trail receives saying it is both foot traffic and bicycle traffic.  He noted that the trail project was not able to improve the crossing as part of the project.  He said the temporary project is looking at the safety of the intersection for walkers and riders.  He said the purpose of the design is to facilitate the crossing.

Superintendent Marquardt said plans are to make the changes to the street this Sunday and leave the temporary pieces in place until the end of October.  He told the Board of Public Works the material they are using was provided by MACOG (Michiana Area Council of Governments).  Marquardt said they will place delineators, signage which tells drivers the road narrows and to yield to pedestrians in the crosswalk and temporary pavement markings on Jefferson Street.  The delineators will narrow the road from 36 feet to 24 feet and that cuts the crossing time by a third.

Another Complete Streets committee member, and City Councilman Jeff Houin said, “The idea is temporary materials supplied by MACOG put in place for the month of October.  They will also monitor how it affects traffic and how it affects trail users and also get feedback from residents and businesses in the area to see what the impact is.”  He said they will help the committee evaluate a solution to the problem.  In the future if a plan is designed on Jefferson Street this information can be used to make an effective project.

Members of the Plymouth Board of Public Works and Safety unanimously approved the request.