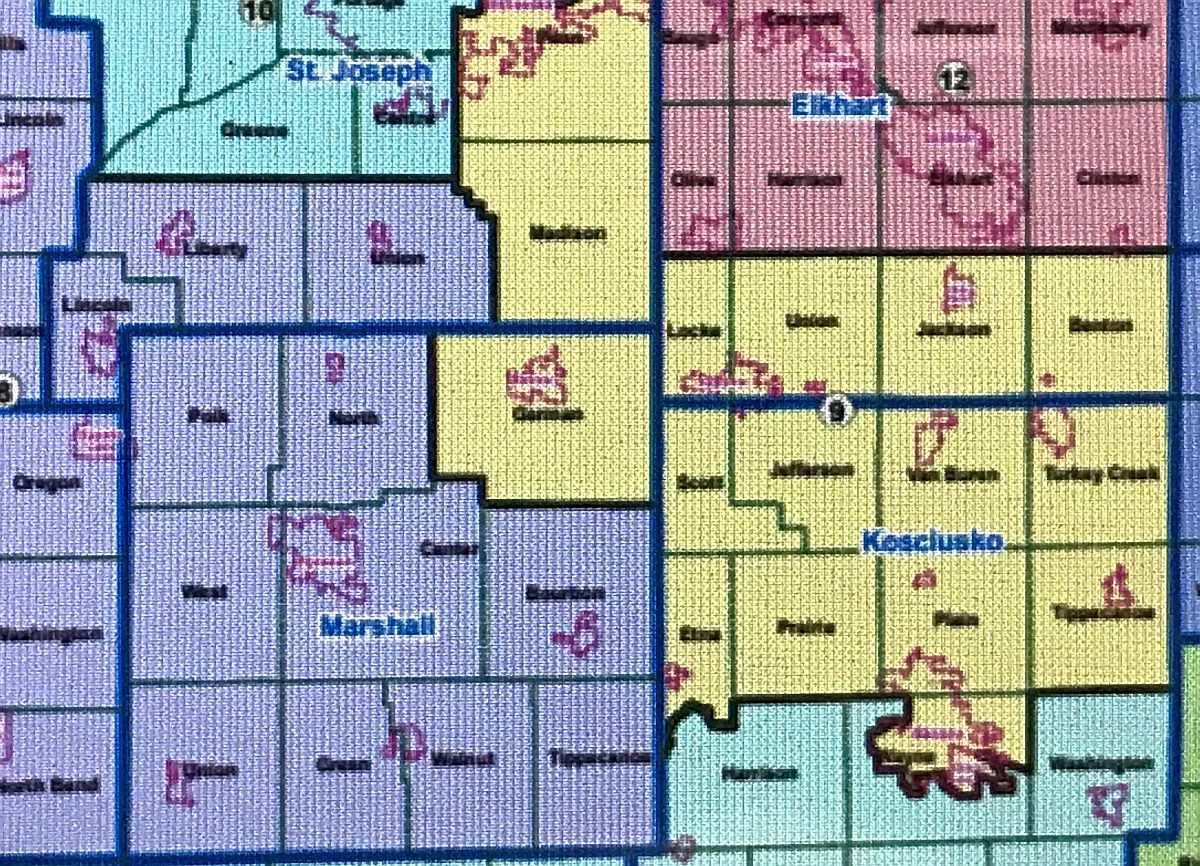 “We have said all along that we were committed to drawing fair maps in a transparent way, and I believe we have done that,” Senate President Pro Tem Rodric Bray (R-Martinsville) said. “We prioritized keeping communities of interest together and drawing districts that make sense for the Hoosiers who live there, while maintaining nearly equal populations in each district. I believe these maps reflect feedback from the public and will serve Hoosiers well for the next decade.”

“We’re incredibly grateful for the work of Representative Greg Steuerwald and Senator Eric Koch who tirelessly and thoughtfully led the way on drawing these maps,” House Speaker Todd Huston (R-Fishers) said. “Redistricting is a complex and important process that impacts all Hoosiers. We’re thankful for the hundreds of constituents who shared their feedback along the way, and I’m confident we delivered fair maps that ensure every Hoosier vote counts.”

Huston and Bray both emphasized the new maps meet all state and federal requirements, and focus on maintaining compactness and keeping communities of interest together.

·        The Indiana House map increases the number of counties that are wholly contained within one House district from 26 to 32. There are 22 fewer township splits where a single township is represented by multiple House districts. The House map includes a less than 1% deviation from the ideal population of 67,855 for each district.

·        The Senate map increases the number of whole counties contained in one Senate district from 49 to 65, keeps 96% of all townships whole and keeps 92% of all cities and towns whole.

·        The Congressional map keeps 84 of Indiana’s 92 counties whole, and includes a near equal deviation, one or fewer persons, from the ideal population of 753,948.

House Enrolled Act 1581 now moves to Gov. Eric Holcomb’s desk for consideration as a new law. If signed, these are the districts candidates will run in for the 2022 election.

In early August, legislators hosted public meetings in Indiana’s nine congressional districts to gather feedback from the public on Indiana’s redistricting process. The Senate and House elections committees also held a total of three public hearings on HEA 1581, which contains the maps, as the legislative process played out in September. Archived videos of the meetings are available at iga.in.gov/redistricting. In total, more than 18 hours of public discussions were held on the maps and legislators heard from more than 200 members of the public.

The General Assembly also launched an online portal that allowed Hoosiers to draw and submit their proposed new district boundaries for the U.S. House of Representatives, the Indiana House of Representatives and the Indiana Senate. The web portal contained all the same census and election data lawmakers had access to as they drew the new Statehouse and congressional district maps.