2 Airlifted Following Crash at US 31 and State Road 110 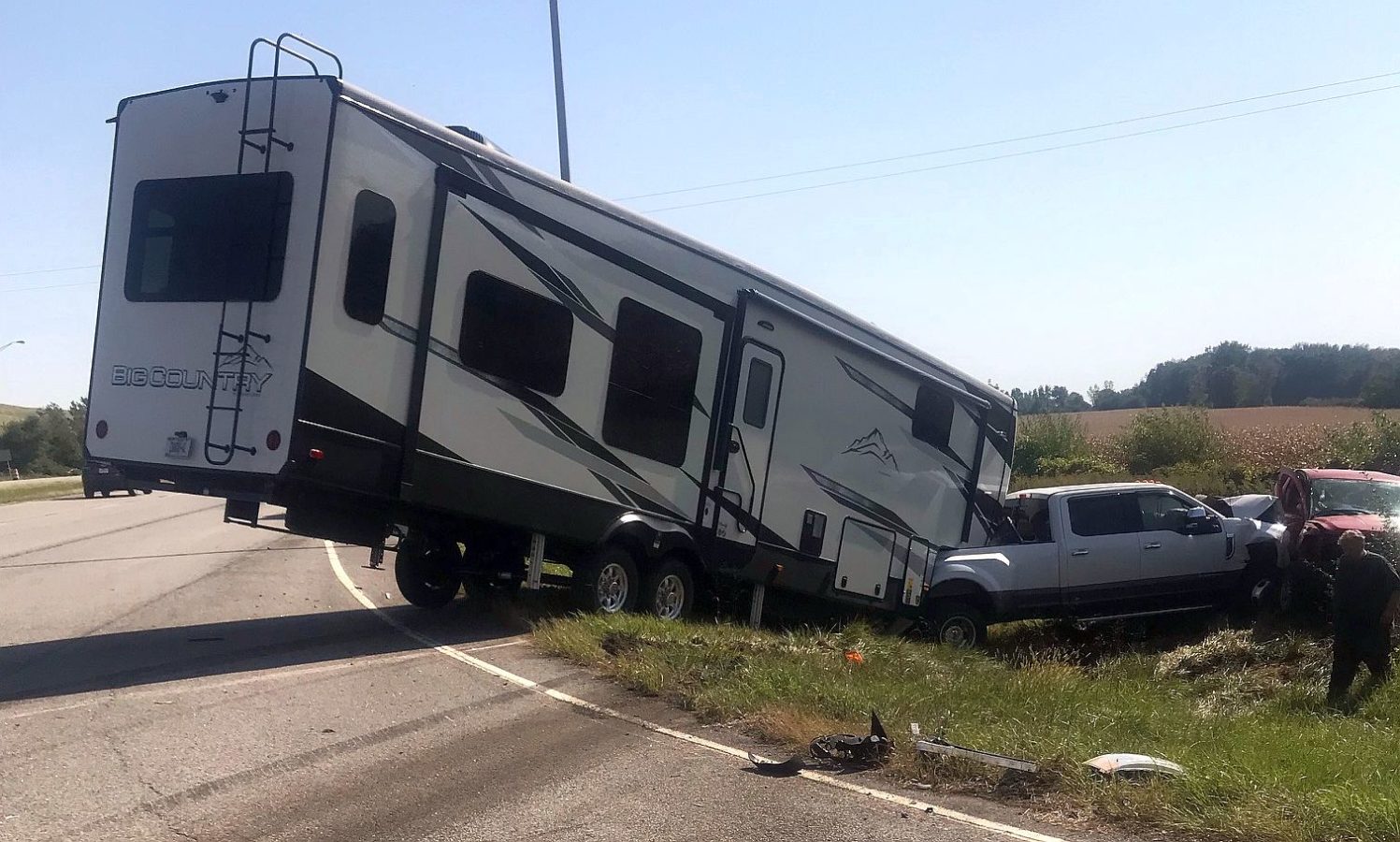 A two-vehicle crash Monday afternoon at US 31 and State Road 110, the Marshall/Fulton County line resulted in two people being flown to a Fort Wayne Hospital.

At approximately 3 p.m. Fulton County 911 received numerous calls concerning a crash in the southbound lanes of US 31 at State Road 110.  Responders arrived and found a red 2010 Chevy Silverado pickup truck and a 2017 Ford F350 pulling a 5th wheel camper off the roadway in the southwest corner of the intersection in a ditch.

A preliminary investigation by the Fulton County Sheriff’s Office suggests the Chevy pickup driven by Jerry Lee Honeycutt, 71, of rural Rochester was west bound on State Road 110 and crossing the southbound lanes of US 31 and pulled into the path of the Ford F350 and camper driven by Robert Lynn Hammonds, 67, of Sillivan, Missouri.

Honeycutt and his passenger, Becky Ammerman, 59, of Macy were extricated from the Chevy truck by Rochester Fire and both were flown from the scene by Lutheran Air and Air Med to Lutheran Hospital in Fort Wayne with critical injuries.  Hammonds was checked by medics on scene and released with very minor injuries due to airbag deployment.