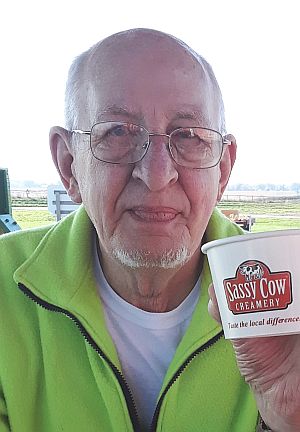 David was born the son of Virgil and Edith (Whybrew) Woodworth on January 8, 1935 in North Liberty, IN. He married Rebecca Stump on August 30, 1972. He retired from driving truck for Bergan Brouswick Delivery but he also enjoyed working as a cook and owned his own restaurant in California. While in California he also managed and maintained apartments. He worked at Dodge Reliance in Mishawaka, IN as well. He was a member of the American Legion Post 303 River Park in South Bend, IN. David also served in the United States Army from 1958 to 1964.

David is survived by his wife, Rebecca, and his sister Mary Scholtterback of Elkhart, IN.

David is preceded in death by: his parents, his sisters: Dorothy Parks; Naomi VanWaeynberghe; his brothers: Virgil, Jr; George; James; John; and Damon.

No services are planned at this time.