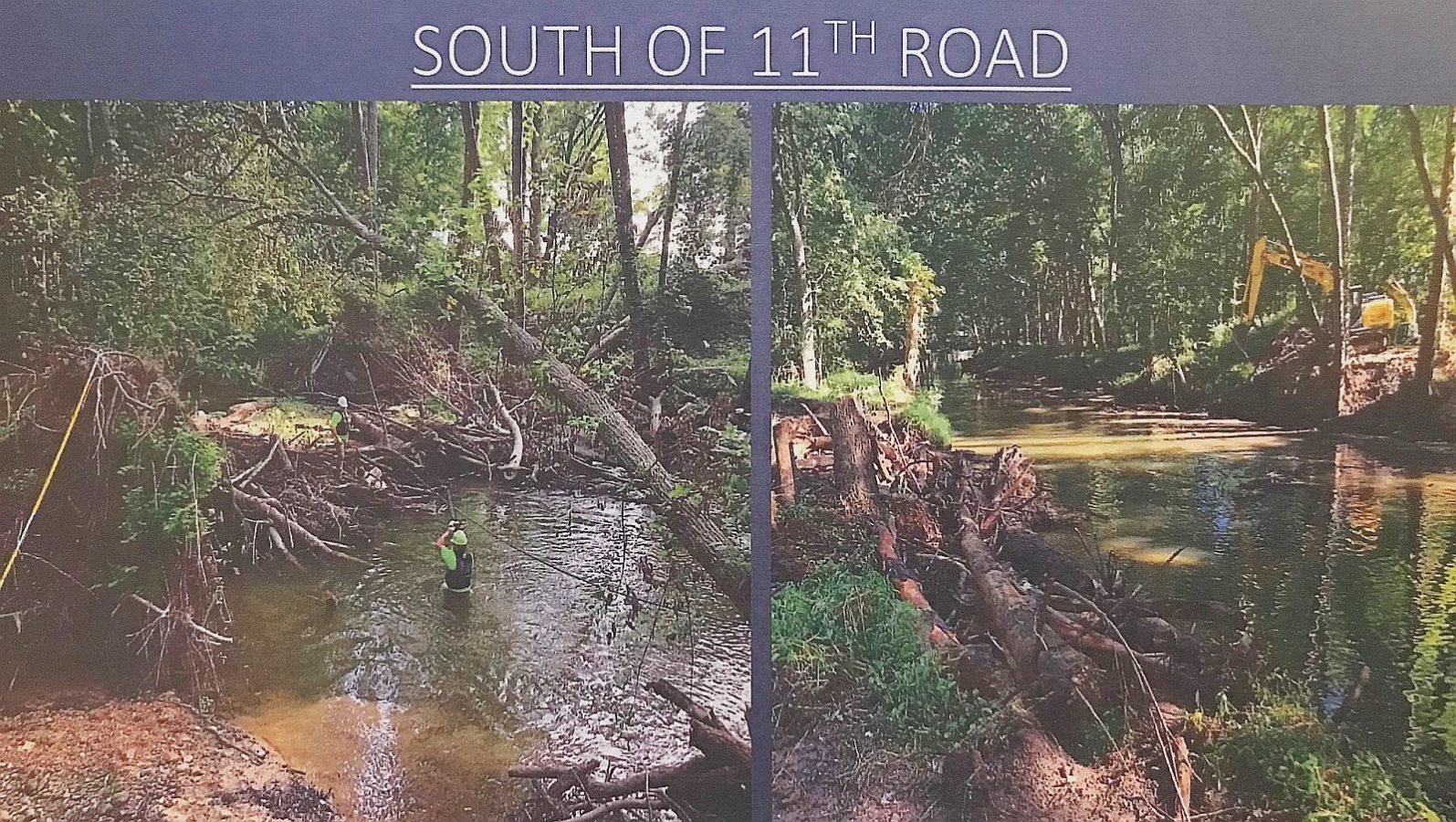 Work has been happening on the Yellow River.  Prior to Labor Day they were able to clean the debris caught at the Garro Street Bridge.

Cultice said they also worked on the Michigan Street bridge where the center pier stops branches and logs which in return captures other debris floating in the Yellow River.

Cultice said the bridges with piers in the channel collect a lot of debris.  He said the Randolph Street bridge had a lot of junkie stuff backed up in it.

Another bridge they worked on is the Railroad Bridge north of Oak Hill Avenue.  They were able to clean it up very nicely.

Additional work on the Yellow River has been done by Mint City Trees.  They started at 13th Road and worked up stream in a boat and walking the channel cutting logs and trees where they could.  At Monday’s meeting there were up to King Road.

Cultice said the area south of 11th Road was a real mess.  Mint City had to use ropes and pulleys with a come-a-long to clear the channel.  They also used an excavator to do some clearing.

The Yellow River bank reconstruction project at the County Line Road is coming along nicely.  He said you can see from the bridge the work that is being done. They have been working with machines in the channel to clear out logs and trees.  The trees with the root balls and logs will be put back into the bank and used to stabilize the bank.  Cultic said they are even removing an island in the river.

Many of the pictures Cultice showed the drainage board were taken with a drone recently purchased by the Marshall County Drainage Board.  Cultice said with 720 miles of regulated drains to review the drone will come in handy to photograph the ditches.