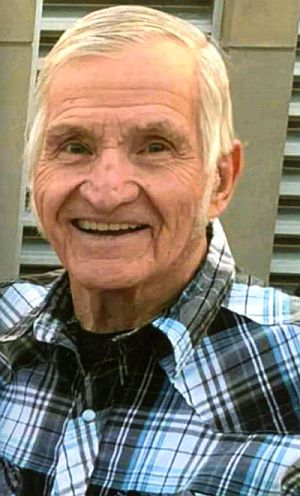 John L. Foshee, 84, passed away on Thursday, August 12, 2021 at his home.
On a blind date over coffee, he met this wonderful lady named Shirley, she knew that once she looked into his eyes that he was the one. They were married on May 8, 2009 at the courthouse in Plymouth.
John worked construction for Eisenhower for numerous years and was also known to many as a handyman. He lived his life to the fullest, always smiling, never having a bad thing to say about anyone. John was known as a man that would give the shirt off of his back for you.
He loved to woodwork and loved to make birdhouses in his spare time. Blue berry picking was one of his bigger hobbies and if any blue berries would make it home, he would freeze them and have Shirley make deserts for their enjoyment.
John was a member of New Song Community Church in Plymouth.
He is survived by his wife, Shirley; children: John Joe (Patricia) Foshee, Janet (Richard) McMillan, Debbie Foshee, Gary Snider, Guy Snider and David (Stephanie) Snider; 28 grandchildren, 25 great-grandchildren with 2 additional on the way and 1 great-great grandson. As well as several nieces and nephews.
John is preceded in death by his parents.
A celebration of life will be held on October 2, 2021 at New Song Community Church, 1292 Baker St. Plymouth, IN 46563. A short gathering of family and friends will start at 11:30 am until the start of the service at 12:00 pm with Pastor Justin Chambers officiating. The celebration of life will continue after the service until 2:00 pm.
Condolences may be sent to the family through the website:  www.johnson-danielson.com<http://www.johnson-danielson.com>