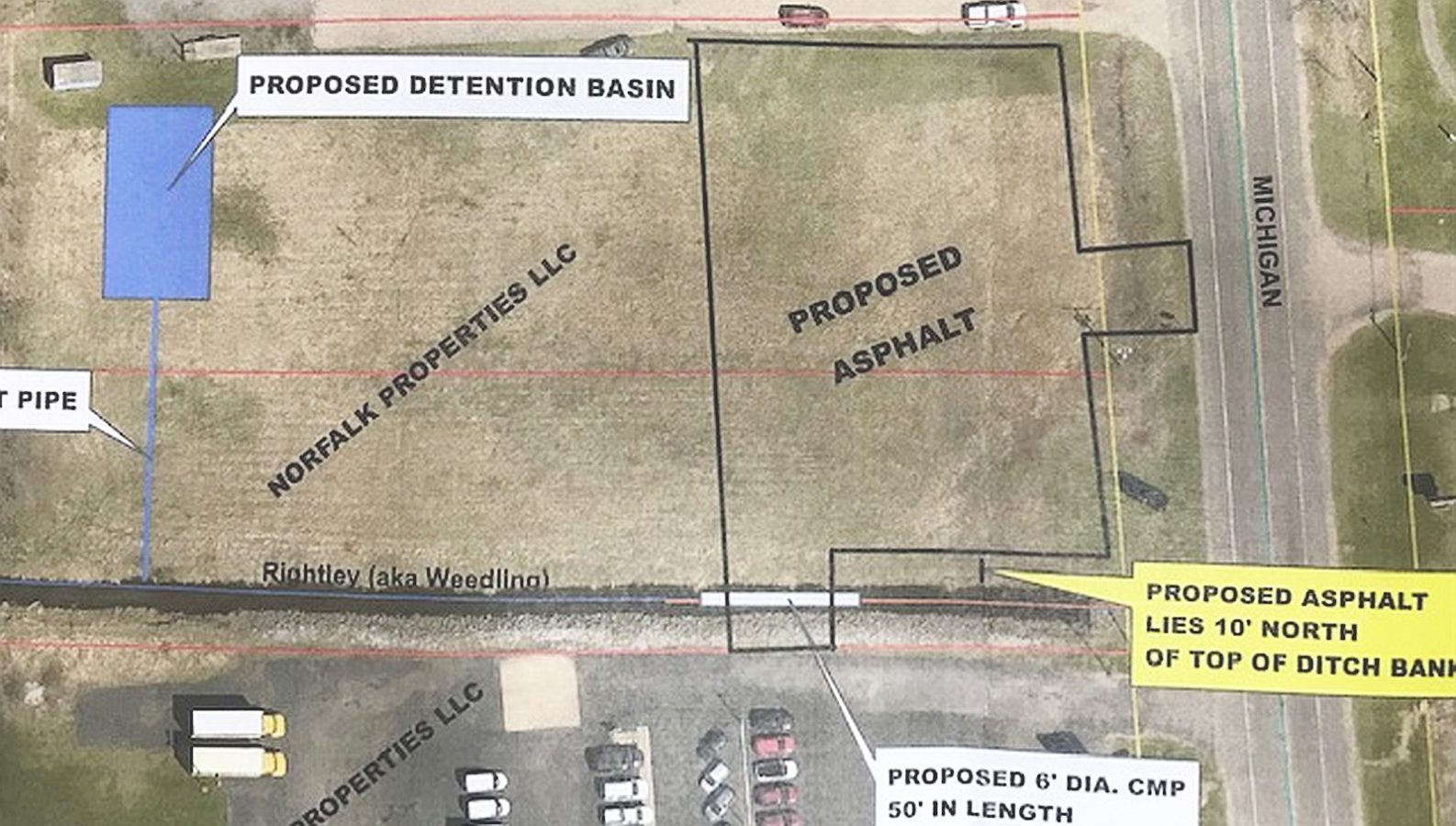 Dan Sellers from Territorial Engineers and Rick Styka representing Norfolk Properties appeared before the County Drainage Board Monday morning seeking a variance to have a black-topped sales lot within 10 feet of the Rightly Ditch, a regulated drain that runs through their property.

The Drainage Board had some concerns with the possibility of an excavator doing damage to the asphalt when it is time to clean out the ditch.  It was also noted that the Drainage Board would have to truck the spoils instead of leaving them on the top of the ditch.

Mr. Styka told the drainage board the property owners would not hold the County Drainage Board responsible if there were damage to the blacktop and said the spoils could be placed at the back of the property in the low area.

Drainage Board President Kevin Overmyer said he could agree to the 10-foot variance if there were a written agreement that would be recorded with the deed.  The agreement would not hold the County responsible for damages to the blacktop and would allow the county to place the spoils from the ditch cleanout on the Norfolk Property.

A motion to approve the 10-foot variance was made with the stipulation that a written agreement is approved by the County Attorney prior to construction.  The motion passed by a 3 to 2 vote with Commissioner Stan Klotz and Drainage Board member Randy Glingle voting against.