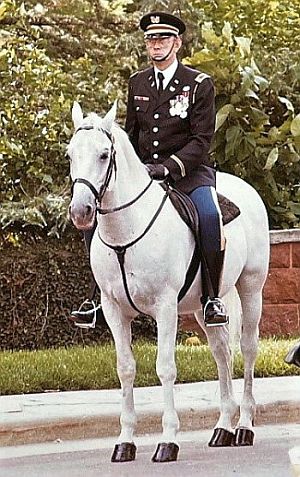 John W. Hunt, 77, known throughout his life by friends and family as Bill, passed away on Wednesday, August 18, 2021 at Catherine Kasper Home, Donaldson.

Born on June 25, 1944 in Camden New Jersey, he was the son of Ruth (Hunt) Thomas and stepson of Franklin Thomas.

He attended Triton Regional High in Runnemede, New Jersey and Camden County Vocational School in Pennsauken, New Jersey, for Culinary Arts.   John attended Baylor University and received an Associates in Science and graduated from the Academy of Health Sciences, US Army Physicians’ Assistant Course in 1974.  He then received his Bachelor of Science from University of the State of New York in 1982.

On December 18, 1976 he would marry the love of his life Mary Ventline on the Army base at Ft. Dix, New Jersey.

He was a proud American and served his country in the U.S. Army from 1963 until 1985.  He was a decorated soldier serving two combat tours in Vietnam, as well as two tours in Germany. Receiving the Bronze Star Medal, Air Medal, Legion of Merit, Combat Medical Badge and the Republic of Vietnam Cross of Gallantry to name a few of his achievements. He began his career as a medic, and then was selected to attend the first Army class of Physician Assistants.  Finally, he was offered the opportunity to work with horses by becoming the Platoon Leader of the 3rd Infantry Regiment, the Old Guard’s Caisson Platoon.  During his time with the Casson Platoon, he served as the Officer in Charge, Horse Control, for the 50th American Presidential Inaugural for Ronald Reagan.  He was responsible for the logistics of bringing over 700 horses, from across the nation, to Washington D.C. to participate in that parade.

After retiring from the Army, he would go to work for Culver Military Academy as the Director of Horsemanship. Culver’s Horsemanship Program has been teaching students the qualities of wisdom, courage, moderation, and justice by placing them in the saddle, a progressive curriculum designed to develop character and leadership while learning to control and manage the horse. He would do this before retiring in 1992.

After leaving Culver, he was one of the founding members of Northern Indiana Riding for the Handicapped.  He donated countless hours designing curriculums, training horses and volunteers, and teaching riding lessons.

He is survived by his wife Mary of Donaldson, son Tim Hunt of Centerville, VA; sister Sharon Dorr of Pinellas Park, FL; and brother Jeffrey (Connie) Thomas of Dover, FL.

John is preceded in death by his parents Franklin and Ruth, and his son Daniel Keith Hunt.

A graveside service will take place at Arlington National Cemetery with full military honors at a later date.

Memorial contributions can be made to the Catherine Kasper Home, 9601 Union Rd. Plymouth, IN 46563.