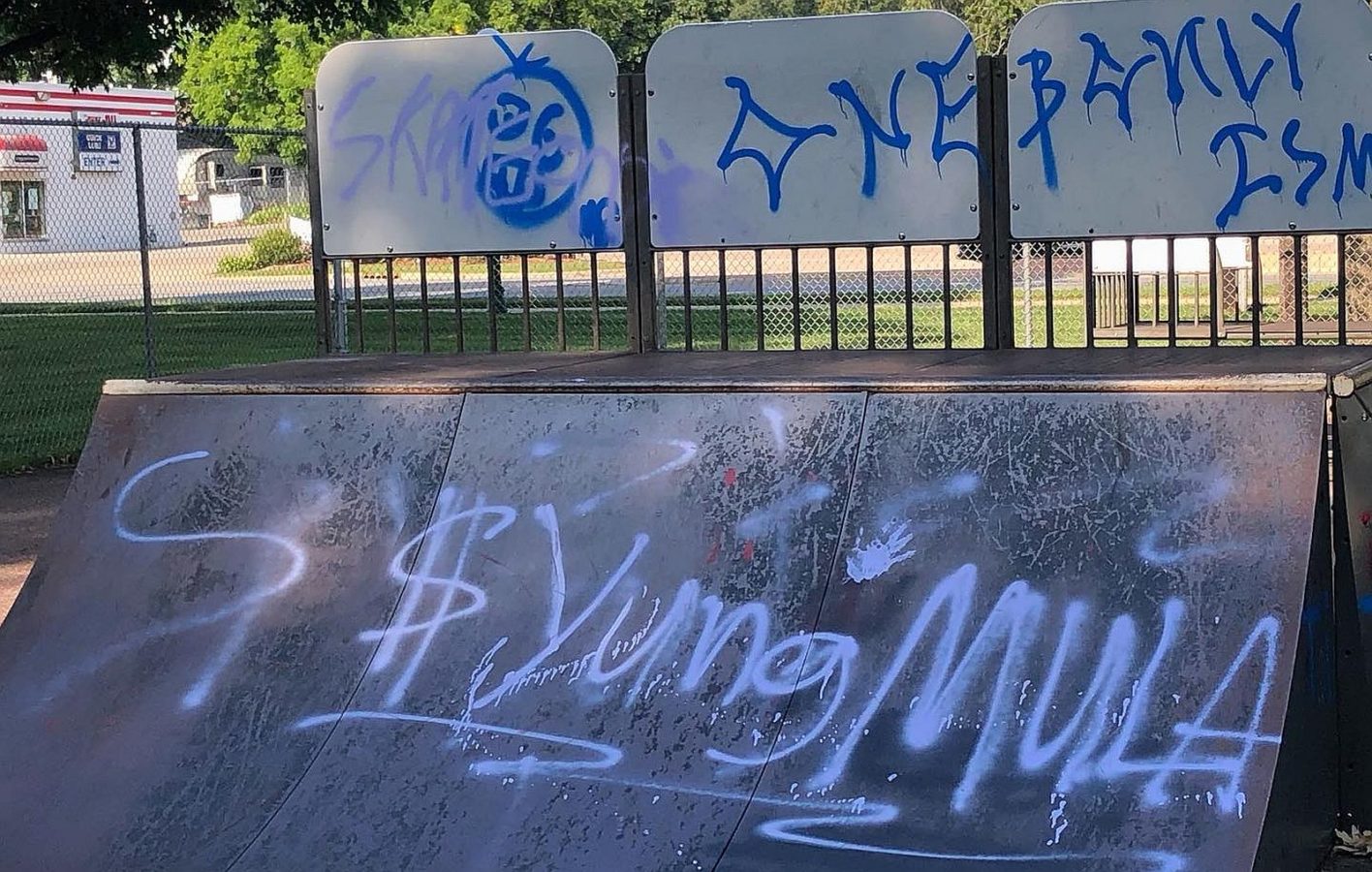 Due to excessive vandalism the skate park in Centennial Park is currently not open to the public.

Monday evening during the Board of Public Works and Safety meeting Park Superintendent Mike Hite said over the weekend there was graffiti painted on the structures in the skate park and in the area.

The skate park is locked until park staff can clean up the mess.  Hite said they posted the vandalism on social media and have received “a couple clues” of who did the damage.  He said they will be following up on those clues.

Superintendent Hite said they have been contacted by three different groups in town who have offered to volunteer their time to clean up the graffiti.  He said the skate park will be locked for a couple of days until the spray paint can be removed.