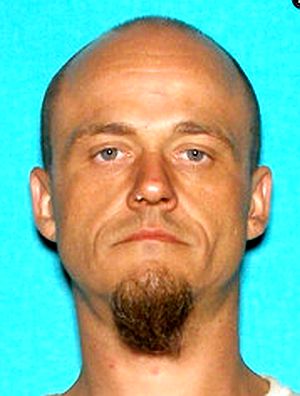 The 37-year-old has been charged with Neglect of a Dependent Resulting in Death and is being held on a $100,000 cash bond.  Judge Bowen told Miller if he is convicted on the level 1 felony charge, he could be sentenced from 20 to 40 years in the Indiana Department of Corrections.

Miller told the judge his address is in the 700 block of South Bower Street in Knox.

Judge Bowen found him indigent and appointed Alex Hoover as his legal counsel. He also entered a preliminary plea of Not Guilty on Tuesday for Miller.

Justin Miller has been charged in the death of 10-month-old Mercedes Lain.   Court documents state that Miller has the baby in his custody to give her parents, Tiffany Coburn and Kenneth Lain a break.  Miller told police when he woke up Saturday Mercedes was deceased, and he took her lifeless body to a wooded area at 1025 East and 50 North in Starke County.

The preliminary autopsy report stated that Mercedes Lain died of blunt force trauma to the head and determined her death to be a homicide.

Judge Bowen set several dates for the case.  On Wednesday, September 8th is the pre-trial conference.  This allows Mr. Miller’s attorney to sit down with the prosecuting attorney to discuss the case.  An omnibus date has been set for October 28th.  While this is not an official court hearing, it is an important date for Miller’s attorney because it’s the date by which the time limits for filing motions and raising defenses runs from.  The final date is December 16 for a status conference.  This will determine if there is a jury trial or if a plea agreement.