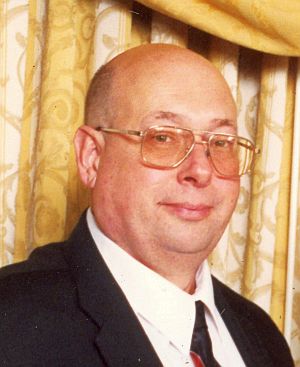 Don E. Terruso, 71, passed away peacefully on Saturday, August 21, 2021 at St. Joseph Regional Medical Center, Mishawaka.
Born on April 2, 1950 in South Bend, Indiana he was the son of George Terruso and Bernadine Schall.
He attended LaVille High School graduating with the class of 1968. On March 23, 1974 Don married Susan Myers.
Known as a quiet, reserved man with a great sense of humor to his family and friends. Don would spend his working years as the parts and service manager at car dealerships and would spend his last 30 years at Kelley Buick in Bremen, which were like a second family to him.
Don served at St. Thomas Episcopal Church on the vestry and as an usher. He was a member of the Brotherhood of St. Andrews and attended morning prayer and breakfast with the men’s group. Also, he was a member of Phi Delta Kappa Delta Nu Chapter and was the national president in 1991. Don was also an avid gun and coin collector.
The greatest attribute that his family learned from him was to put your family first, as he always did.
He is survived by his wife Susan of Plymouth; daughter Sara (Lamar) Thomas of Plymouth; son Nicholas (Lauren) Terruso of West Lafayette, IN; brother Mark Schall of Tyner; 7 grandchildren and 2 great-grandchildren.
Don is preceded in death by his parents George and Bernadine, and his sister Barbara Jean Terruso.
Visitation will be held on Monday August 30, 2021 from 10-11 am at St. Thomas Episcopal Church, 400 N. Center St. Plymouth, IN. A Requiem Mass will follow with Rev. Bernadette M. Hartsough officiating.
Inurnment will take place in the St. Thomas Episcopal Church Columbarium.
Memorial contributions can be made to St. Thomas Episcopal Church, 400 N. Center St. Plymouth, IN 46563 or to Phi Delta Kappa Foundation, 300 W. Harrison St. Plymouth, Indiana 46563.
Condolences may be sent to the family through the website:  www.johnson-danielson.com<http://www.johnson-danielson.com>