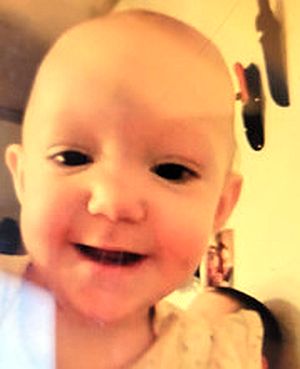 Chipman was only able to comment on information included in the Probable Cause Affidavit which is public record.

The affidavit states that on August 18th, Justin Miller was interviewed at the Marshall County Jail.  After being advised of his Miranda Rights he told investigators that on or about August 14th, he was at the residence in Mishawaka and when he woke up and Mercedes Lain was deceased.  Miller further advised that he disposed of Mercedes’ body in Starke County.  Later that day he led officers to 1025 East and 50 North in Starke County.  The body was recovered wrapped in something although the prosecutor wasn’t able to release additional details.

Justin Mille is being charged with a Level 1 Felony charge of Neglect of a Dependent at this point.  If found guilty he would face a sentence of 20 to 40 years.  It’s anticipated he will have his initial hearing in Marshall Superior Court I on Friday.

The parents of Mercedes Lain, Tiffany Coburn and Kenny Lain have been charged at this time with Neglect of a Dependent as a Level 6 Felony.  If convicted they would be sentenced to 1½ to 2½ years in prison.