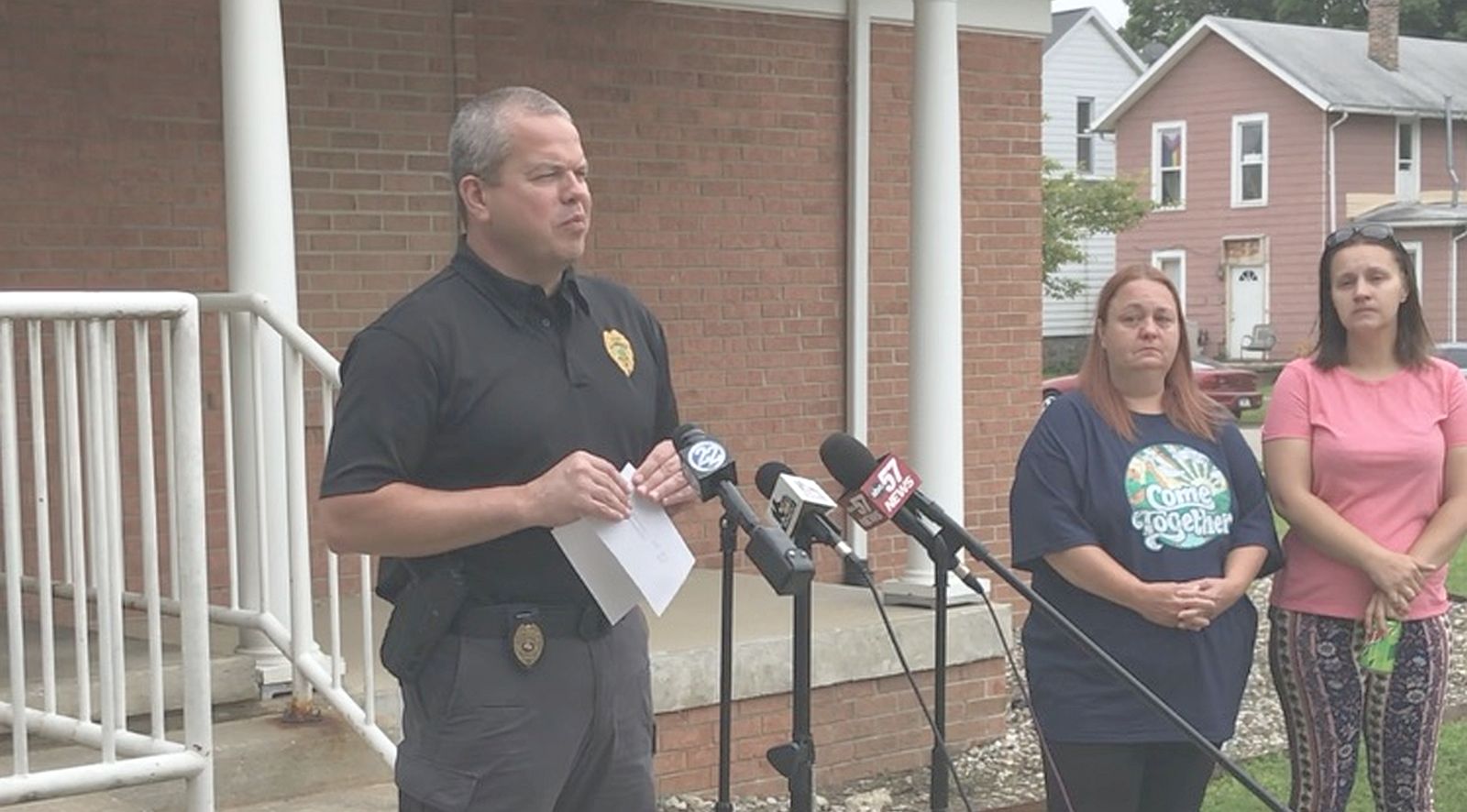 The police are looking to establish a sequence of events.  They know that Mercedes was last seen at the Economy Inn on North Michigan Street in Plymouth on Thursday evening August 12th. She was left in the care of Justin Miller, a family friend.

Plymouth Police were contacted Sunday afternoon by Kenny Lain, Mercedes’ father who wanted to file a Missing Persons Report on his daughter.  That is where the Plymouth Police investigation began, and a Silver Alert was put out.

The purpose of the press conference Chief Bacon said is, “We are asking for the public’s help.  On Thursday evening until the missing persons report we know that Mercedes was seen by various individuals in Marshall County, Saint Joe County and Starke County.  We are looking to establish a sequence of events.”

The chief said the three people in custody are speaking to investigators although all their information doesn’t corroborate with each other so they are seeking the public’s help “because our main focus is to bring Mercedes home safely.”

Police are trying to reach out to anyone who had contact with Justin Miller or the Lains over the weekend or in the last week.  They are asked to reach out to Police to provide information on where Mercedes might be.

Crime Stoppers is offering up to a $1,000 reward for any information that leads to locating Mercedes.

Police believe Mercedes is in Marshall, Starke, or Saint Joseph County.  The last she was seen; Mercedes was wearing a white onesie with pink trim.

Angela Owens, Mercedes’ grandmother is asking for help in locating their granddaughter.  They even suggested leaving her at a police station, fire department or even in a shopping cart at Walmart.

Chief Bacon said they are following up on many leads and every place that they know Justin Miller was at they have contacted them as part of their investigation.