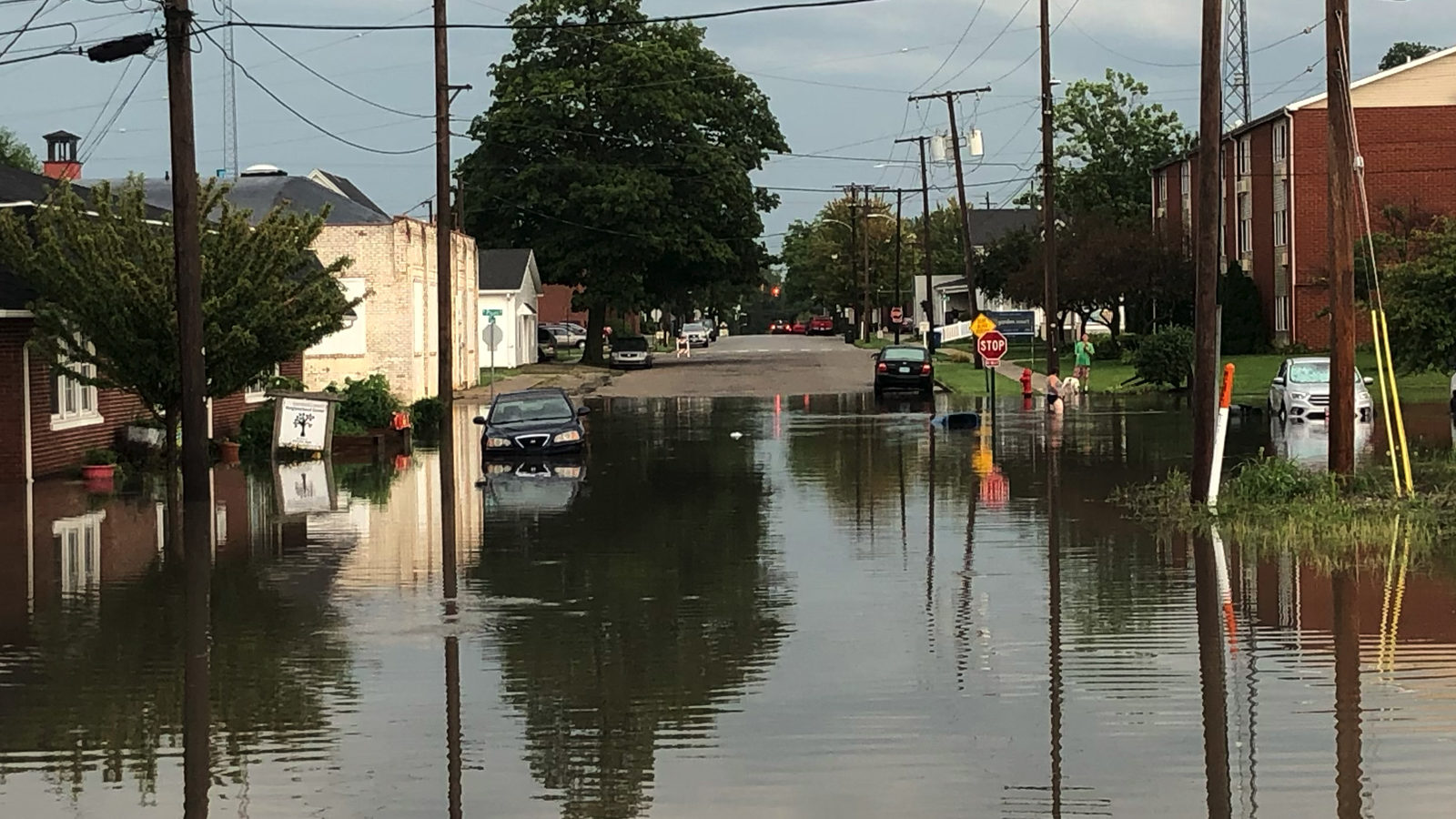 With about 3 inches of rain in a short period Wednesday afternoon the girls at the Marshall County Neighborhood Center watched closely as the stormwaters began to rise in the street in front of their building.

They watched carefully because just a couple months ago their building had several inches of water in it from another torrential downpour and they had to remove all the flooring in the center and lost some equipment.

The rainwater crept up to the front door Wednesday afternoon and eventually began to trickle in.  Executive Director Chris Garner said they only had a minor amount of water that came in the front and back doors and through the foundation.  The staff was able to move everything of importance up and unplug the electrical items.

The water finally began to recede later in the afternoon but with the floor being wet they had to cancel the food pantry for Wednesday night.

The Neighborhood Center has been making improvements to the building and had planned on new flooring but with two floods in such a short time Garner said they are just going to epoxy the floor and hope and pray that the READI grant application they submitted for a new building will meet the requirements and receive funding.