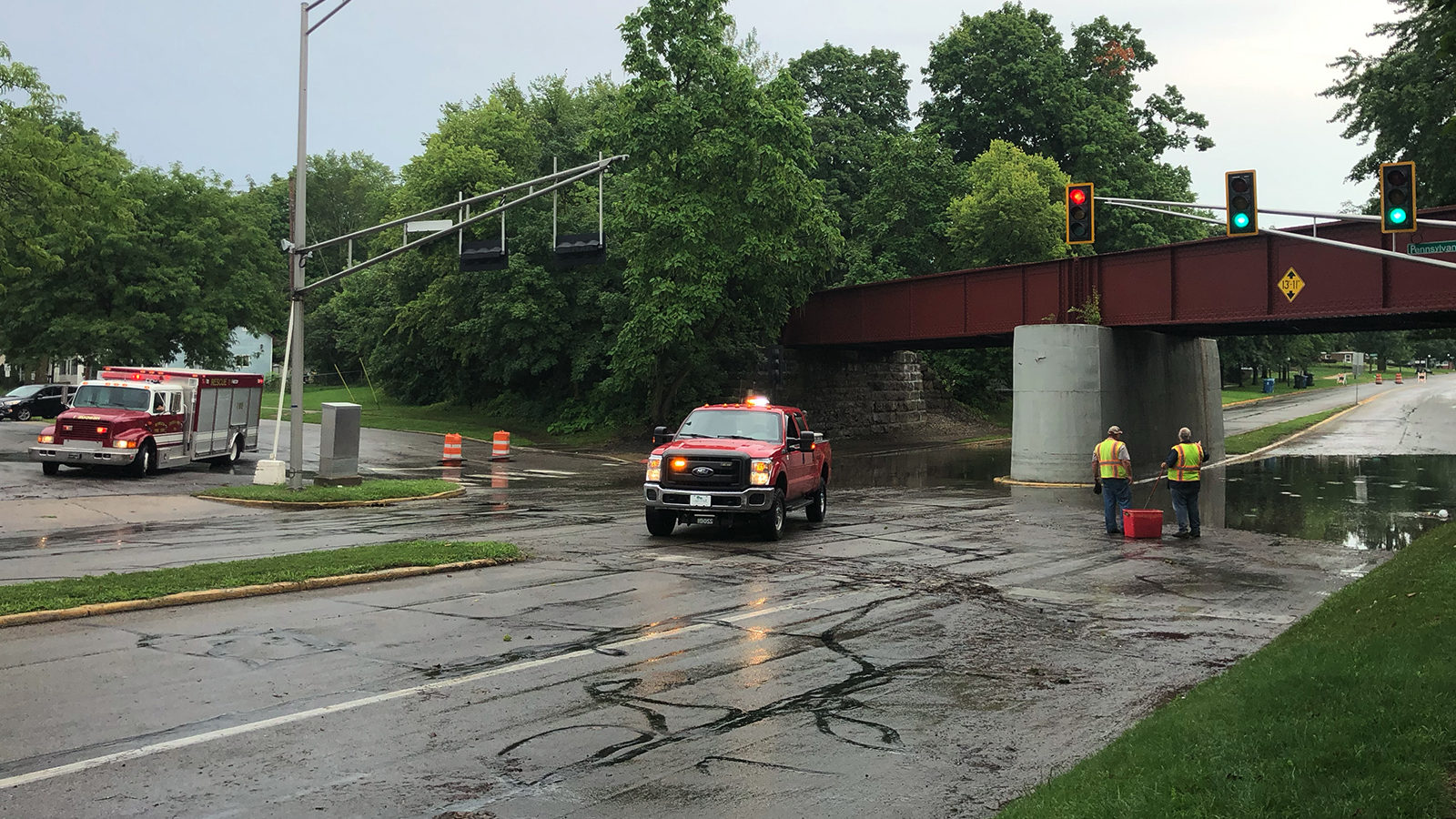 The Plymouth Fire Department was busy Wednesday afternoon the severe thunderstorms barreled in across the county.

Fire crews responded to seven calls in a three-hour period.  One of those calls was a medical call while three calls were rescue calls for people who had driving into floodwaters and became stuck.

Plymouth Firefighters also had three fire calls for downed lines, or lines with trees on them that were arcing and smoking.

No injuries were reported during the emergency responses.