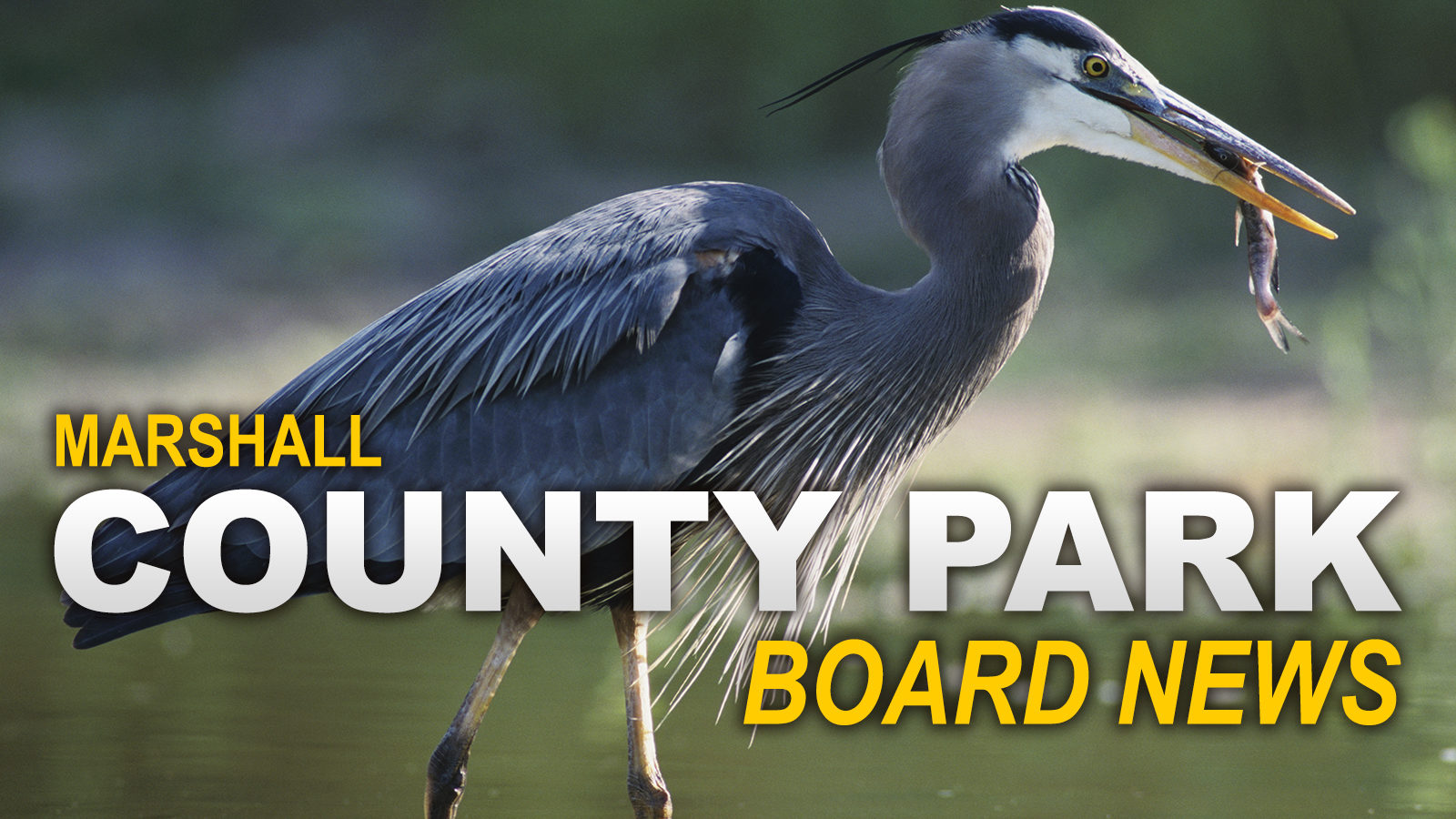 Jeff Houin, one of the volunteers who initiated the Trails at Mill Pond told members of the Marshall County Park and Rec Board last week that rides and work at the park haven’t slowed down.

He thanked Jason Peters, County Highway Superintendent for installing a parking lot so walkers and riders have a safe place to park while enjoying the county park.  He said it was a great addition to the property.

Houin also spoke about a feature they built at the bottom of one of the hills.  The banked turn is built of wood at a 45-degree angle and 4 feet tall and goes around a curve.  He said, “We had several comments that that would be a good addition in that location.  We had already been thinking something like that. So, based on feedback we decided that was our next step and we got that built.”

Houin also thanked Al Eisenhour for the lumber donation and Paul Flosenzier from Paul’s Logging & Wood Products on Rose Road for the donation of saw-cut slabs of lumber which was used to construct the wooden-wall ride feature.

Plans are underway to grow the mountain bike trails with more sections being created this fall and the highway department has ordered signs for the park.   A local Boy Scout will be creating a kiosk for his Eagle Scout Project at the Tails at Mill Pond.  Additional signage will wait until they receive feedback from users and the additional trails are added.

Board member Adam Thada said he spoke to a fireman from the Plymouth Fire Department who suggested the County Park Department provide them with a map of the area in case they need to respond to an emergency situation.  Houin said they have tried to map the area but cell service isn’t the best and he hasn’t been able to get anything started.  A GPS tracing service can be used but the signal is too weak.  Someone with a better service may be able to assist.

The Trails at Mill Pond is located at 12511 South Rose Road in Plymouth.