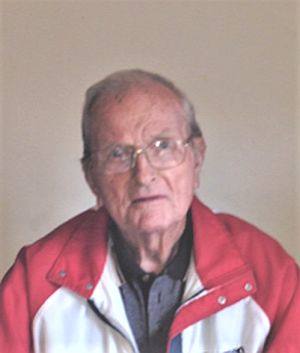 Donald J. Hattery, 93, passed away on Wednesday, August 4, 2021 after a lengthy illness surrounded by his family.
Born on February 7, 1928 in Plymouth, Indiana he was the son of James and Dorothy Hattery.
Donald met Dorothy Freese through her brother Robert and on February 28, 1948 they were married in Plymouth. She preceded him in death in 2003.
He worked for McCord’s Tool and Die for 30 years before his retirement. Donald had a passion for country music and old cars. Donald was an admired steel guitar and fiddle player. Don was in more country bands than one could ever mention. The bands that he played with had many faithful followers.
Don loved classic cars and owned many throughout his life. He was an avid bowler, bowling on many leagues including a mixed couple league with Dorothy. He belonged to the Plymouth Loyal Order of Moose #741 and the Veterans of Foreign War Post #1162.
He is survived by his children: Ross (Karla) Hattery of Albuquerque, NM; Rhoda Hall of Plymouth; and Rita Pepple of Plymouth; brother Leroy Hattery of LaPorte; 13 grandchildren and several great-grandchildren and nieces and nephews.
Don is preceded in death by his parents, James and Dorothy his wife Dorothy, two sisters: Cora and Sadie, brother George, son Richard and his lady companion Pauline Atkins.
A graveside service will take place on Thursday, August 12, 2021 at 11 am in the New Oak Hill Cemetery, Plymouth with Life Celebrant James Smart officiating.
The family would like to extend a very special thank you to Elara Hospice Care for all of their care and compassion to Donald.
Memorial contributions can be made to Elara Caring Home Health Care, 2515 N. Bendix Dr. #103, South Bend, IN 46628.
Condolences may be sent to the family through the website:  www.johnson-danielson.com<http://www.johnson-danielson.com>.