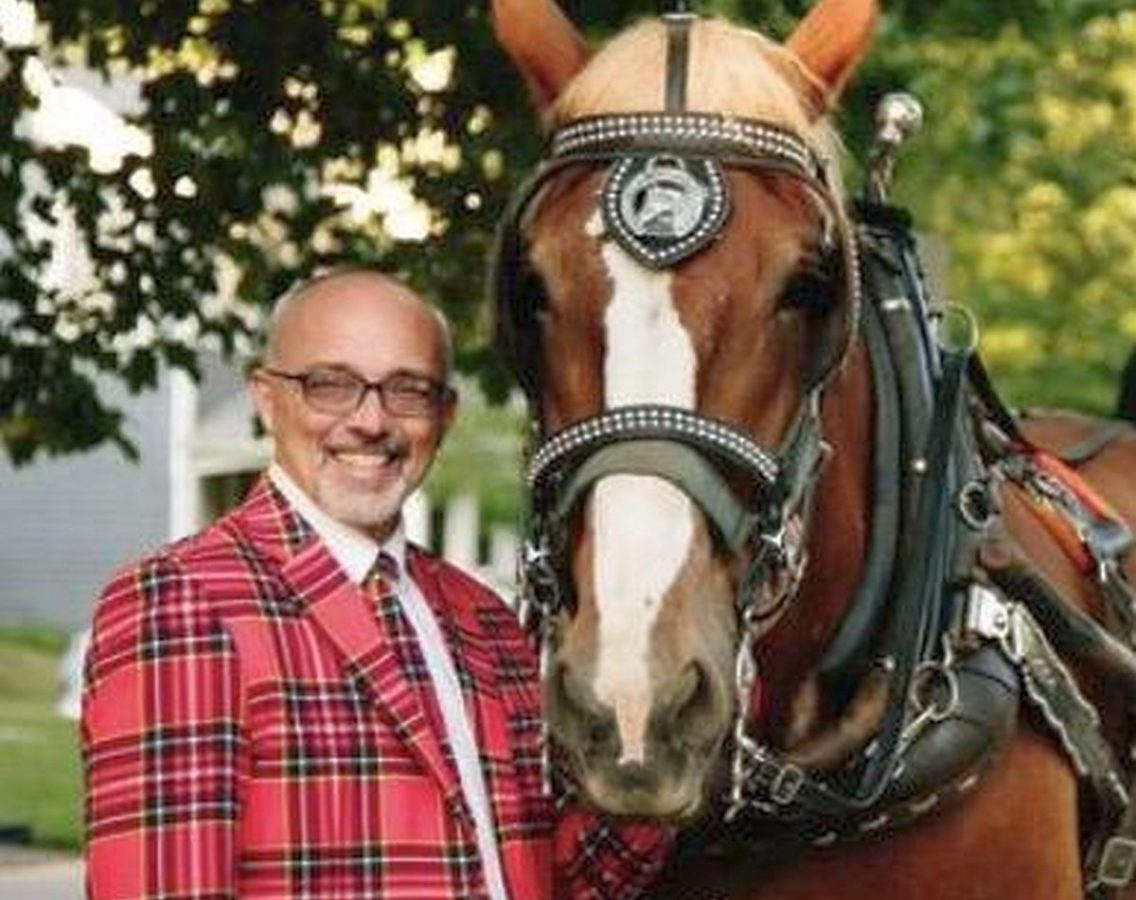 After an intense search and many interviews, The Rees Theatre Inc. search committee is pleased to announce that Dennis W. McKeen has been selected to serve as the Executive Director of The REES.

McKeen, of Marshall Michigan, “is beyond excited to have the privilege to join The REES and pleased to watch this enchanting theatre grow!”

According to Rees Co-chair Randy Danielson, “It is with much excitement that we welcome Dennis to The REES and begin planning for its grand re-opening in 2022.  We are eager to introduce him to the community and begin collaborating with arts & culture groups throughout Marshall County.”

After graduating from Western Michigan University as a theatre major (performance) he acted in numerous productions around the country.  In 1989 he established Top Hat Productions, which took him to stages in each of the lower 48 states.  In 2017 the McKeen family purchased Marshall Carriage Company, a horse drawn carriage company that gives narrated historic and ghost tours in Marshall, MI.

Since Top Hat Productions emergence to the theatre world, Dennis and the Top Hat staff produced over 150 professional productions.  Dennis was artistic producer for 20 years at a professional theatre allowing him to produce some of his favorite shows including Fiddler on the Roof, South Pacific, Singing in the Rain, Grease, Annie Get Your Gun, Smoke on the Mountain, and Father of the Bride just to name a few.

Dennis has written more than 25 musicals and plays which may one day be enjoyed at The REES.  These include Yakety Yak, a fifties fable; Hatfields and McCoys, a musical family feud, Swingtime Stagedoor, Welcome to Gator Grove, and an estimated 20 Christmas shows.

Now, in 2021, Dennis has found a new home with The REES, his biggest theatre production yet!

“We had so many great applicants,” said co-chair Donna Pontius.  “It was a difficult decision, and we thank Jack Davis for chairing the search committee. It would have been a much more difficult process had he not led us forward!”

McKeen will assume his full-time duties on or around January 1, 2022 with a re-opening in late summer.  He and his wife, Holly, will be relocating to Plymouth.