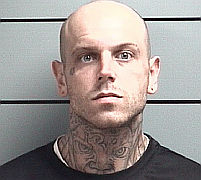 He also had two active warrants. One for a Parole Violation and the other for Armed Robbery resulting in serious bodily injury.
Mr. Recupido was observed walking and successfully taken into custody in the parking lotof SJRMC of Plymouth without incident. He was taken to the Marshall County Jail and later transferred to Terre Haute.