Plymouth high school celebrates one of a kind class of 2020 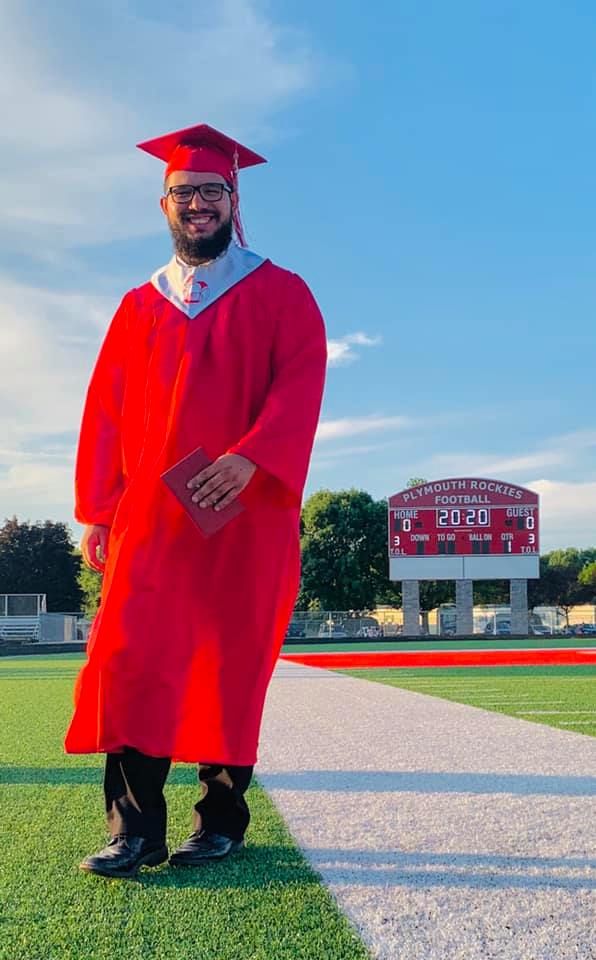 PLYMOUTH – It is clearly stating the obvious to say that the Plymouth High School class of 2020 has lived through a lot.
The year when many were born saw the tragedy of 9/11 and now in their senior year of high school the first pandemic in generations. They became the first students to truly test the concept of e-learning on a mass scale and lost out on many activities both curricular and extracurricular.
Thankfully a little normalcy seemed to return to their lives on Friday night but even that involved a first – being the first class to have their commencement outside at the Rockpile, the school’s football field.
There were a few “technical difficulties” at times during the ceremony but other than the social distancing came off very smoothly for the first time.
Plymouth introduced their co-valedictorians – also a first in school history.
Fernanda Cortez finished her time at PHS with a 4.13 GPA and earned 51 college credits which will allow her to enter college as a sophomore. She plans to attend IU and study at the prestigious Kelly School of Business.
Hugh Smith had an identical GPA of 4.13 at PHS and with 47 college credits, he too will enter college as a sophomore. Smith plans to attend Notre Dame and major in biochemistry or physics.
Both had a large task during their addresses of reviewing the accomplishments and firsts of the class of 2020.
Now with tassels moved after the latest graduation ceremony ever at PHS they move forward into what will clearly be an eventful future.