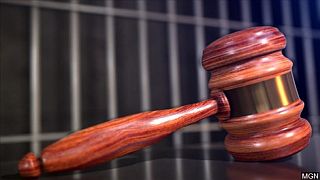 The case began on June 5, 2019, when the Marshall County Undercover Narcotics Investigation Team (UNIT) performed a controlled buy which took place in Lapaz, Indiana. Following the closure of the operation, UNIT officers and/or their confidential informants bought 12.1 grams of methamphetamine from Langenderfer. Laboratory testing established that the substance Langenderfer sold was in fact methamphetamine.

Judge Bowen, after accepting the plea agreement, imposed the agreed-upon sentence of seventeen and one half years to be served at the Indiana Department of Correction: a heightened sentence due to a prior conviction.

Napier said “Langenderfer sold methamphetamine in Marshall County and that activity is well known as being a primary source of crime and violence in our community. Holding these defendants accountable and removing them from our community is a 2 commitment the office takes seriously in every case. Thankfully, our law enforcement partners do excellent work to support the efforts to make Marshall County a great place to live, work and raise families.”