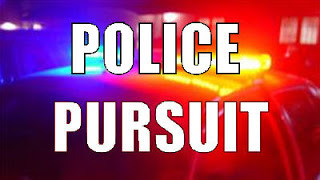 Recently a vehicle pursuit led to the arrests of Shacarla M. Williams, 19, Virginia Beach, VA and Dante Bishop, 22, South Bend, IN. Williams was incarcerated in the Miami County Jail to face criminal charges for resisting law enforcement with a vehicle and reckless driving. Bishop was transported to the LaPorte County Jail. He had an active arrest warrant for failure to appear on a larceny charge.
Tuesday, at approximately 10:07 p.m., Indiana State Police Trooper Dakota Anderson was monitoring traffic, on U.S. 31, when he initiated a traffic stop on a 2020 Toyota near Miami County Road 1050 South. The Toyota was allegedly traveling 95 miles per hour in a posted 60 miles per hour zone. The driver of the Toyota, later identified as Williams, failed to stop and led the trooper on an approximately 23 minute pursuit. The chase ended when Williams stopped, after hitting two sets of stop sticks, on U.S. 31 near U.S. 30 in Marshal County.
Further investigation revealed that Bishop, a passenger in the Toyota, was wanted on an active warrant from LaPorte County, IN. Williams, who is pregnant, complained of pain. She was checked and cleared by a local hospital prior to being transported to the Miami County Jail.
Trooper Anderson was assisted in the investigation by Trooper Kyle Miller, Trooper Derek Rine, the Fulton County Sheriff’s Department, and the Plymouth Police Department.