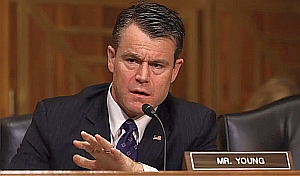 Senator Young also discussed the judicial emergencies that are plaguing courts across the country, including Indiana’s southern federal court, which is among the most overworked in the nation. Filling judicial vacancies is critical to ensuring Americans receive their day in court.

“Relatedly, I do think it is important that we note, as it relates to our criminal justice system that we… are on track to get confirmed our 200th federal judge… Everyone deserves a day in court and they deserve a timely day in court. So on this issue, know that I am intent on working with my colleagues to ensure that we continue to vote on these judges, and, where possible, that we arrive at bipartisan solutions so that we might eliminate these judicial emergencies all around the United States of America,” said Senator Young.