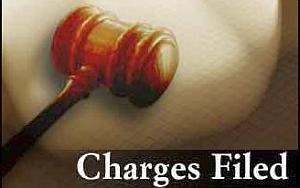 Marshall County Prosecutor, Nelson Chipman, announced today the filing of a criminal charge against Jeffrey Sandoval. Sandoval, 26, with a Nappanee address, has been charged with dealing in a controlled substance resulting in death, a level one felony. A level one felony is punishable by imprisonment for twenty to forty years.

As detailed in court filings, Marshall County Central Dispatch received a 911 call on February 8th, 2020, reporting that the alleged victim, Michael Rollins, was not breathing. Marshall County Police, Polk Fire, Walkerton EMS, and Plymouth EMS responded to the scene. Officer Hollopeter of the Marshall County Sheriff’s Department, the first to arrive at the scene, immediately examined Rollins and found no signs of breathing or a pulse. Officer Hollopeter promptly began lifesaving efforts including the administration of CPR and two doses of Narcan. Plymouth and Walkerton EMT’s continued lifesaving measures for over half an hour, eventually declaring Rollins deceased at the scene.

Marshall County Coroner, John Grolich, ordered an autopsy to determine the cause of death. Three days later, Grolich was informed by Central Indiana Forensic Associates LLC that Michael Rollins died allegedly of Heroin and Methamphetamine intoxication. Further investigation by the Marshall County Sheriff’s Department identified Jeffrey Sandoval as Rollins’s potential source of similar controlled substance(s) near the date of death. Sandoval was subsequently interviewed by the Marshall County Sheriff’s Department and remains in custody at the Marshall County Jail. An initial hearing was held on June 3, 2020, during which Tom A. Black was appointed defense counsel and bond was set at $100,000.

Readers are reminded that criminal charges are mere allegations and that the person so charged is presumed innocent of the allegations until and unless proven guilty, beyond a reasonable doubt, in a court of law.