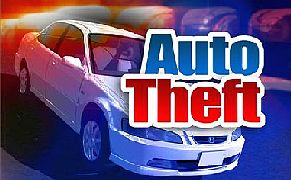 On Friday, May 1st at approximately 4:19 PM Marshall County Sheriff`s Deputy Bragg conducted a traffic stop on a vehicle in the area of US 30 and Cedar Road after the suspected vehicle was observed traveling at a high rate of speed.

During the course of the investigation it was further determined the vehicle involved was reported stolen earlier in the day. The driver of the vehicle identified as 25 year old, Jeremiah L. Valencourt Jr. of Three Rivers, Michigan.

Valencourt was taken into custody and transported to the Marshall County Jail where he was held on charges of Auto Theft and Reckless Driving at an Unreasonable High Speed with bond set at $1,505.