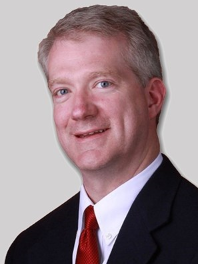 Kevin Cox, Director of Athletics at Culver Academies, has announced that Kevin Patrick will join the Athletics Department as the new Boys Hockey Program Manager. He will oversee all aspects of the boys’ hockey program and will serve as the head coach of the CMA Prep team.

Kevin joins us from the coaching staff at the University of Vermont. He was also an assistant coach at Union College, Bowling Green State University, and the University of Wisconsin-Madison. While at Wisconsin, Coach Patrick was part of a national championship team and a national runner-up. He was also a head coach in the United States Hockey League and was an assistant coach in 2015 for the USA National Junior Team at the IIHF World Junior Championships.

While at Wisconsin, he coached 2010 Hobey Baker Award winner Blake Geoffrion, a Culver alumnus. Patrick has coached or recruited 55 NHL players during his career. In addition, he has taken leadership roles in the American Hockey Coaches Association, including serving on the Board of Governors, and has been active in USA Hockey.

Patrick was a four-year defenseman at Notre Dame and served as captain of the program during his final two seasons. He also played two years of lacrosse, helping the Fighting Irish qualify for the 1990 NCAA Tournament. After graduating in 1992, Patrick spent one year in professional hockey and was named to the 1993 American Hockey Association All-Star Team with the Green Bay Ice.

Kevin has consistently inspired young people to be of high character and to achieve in life, as well as to achieve in hockey. He embraces the opportunity to influence the character development of all students on campus.

Kevin, his wife Julie, and sons James and John, will move to Culver this summer. We are excited about the future of our hockey program under his leadership.