Walkerton Man Arrested For Failure To Stop After An Accident 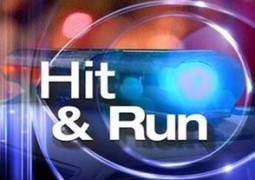 On Friday, March 6th at 10:06 A.M. Officer Church with the Plymouth Police Department witnessed an accident resulting in personal injury in the area of Walnut Street and Garro Street. The victim of the incident was riding their bicycle and was struck by a Toyota Camry that left the scene. The vehicle in question was observed traveling away from the area and a traffic stop was made. The driver identified as 52 year old Cecil Smith of Walkerton was taken into custody and transported to the Marshall County Jail where he was held on the charge of Failure to Stop After an Accident Resulting in Injury and booked on a $505 bond. Smith was later released later that day after posting bond.