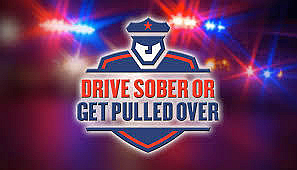 Impaired driving is one of our nation’s most frequently committed violent crimes. According to ICJI, in 2016, there were 7,099 alcohol-related crashes across Indiana, resulting in 2,098 injuries and 83 fatalities.

To combat this crime the Marshall County DUI Task Force will be setting up sobriety checkpoints around Marshall County to aggressively deter, detect and arrest those drivers who make the decision to drive impaired.  Sobriety checkpoints have proven successful in both raising awareness of impaired driving and reducing the likelihood of a person driving after they have been drinking.

Officers working the sobriety checkpoints are working overtime which is paid by grant funds from the National Highway Traffic Safety Administration through the Indiana Governor’s Council on Impaired and Dangerous Driving (ICJI).

We recommend the following easy steps to have a safe and enjoyable weekend:

Plan a safe way home before going out to drink.

Before drinking, designate a designated sober driver and leave your keys at home.

If you decide to drink use a taxi, call a sober friend or family member to get home safely

and remember , if you know someone who is about to drive while impaired, take the keys and help that person make it home safely.