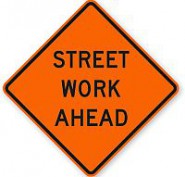 Monday night members of the Plymouth Board of Public Works and Safety affirmed the bid awards for the 2018 Street and Sidewalk Projects and the surface treatment projects.

Only one bid was received for the micro-seal surface project although six companies were approached for the project. Pavement Solutions Inc. from Middletown, IN was the sole bidder at $240,788.98.

Monday night City Engineer Rick Gaul said the bid was over the budget and while reviewing the bid it was determined that the unit price for top soil and sod was out of alignment.  The city dropped had planned to micro-surface Randolph Street from East Jefferson to the bridge over the Yellow River at the park and Webster Avenue from South Michigan Street to Angle Street.

Gaul said the project on Webster Avenue had a lot of concrete work and ranked as a higher project so they decided to hold off on Randolph Street.

The Board of Public Works and Safety awarded the bid for Webster Avenue to Pavement Solutions at a cost of $128,625.86.

Five companies submitted bids for the 2018 Street and Sidewalk Projects and lower bidder was Walsh & Kelly form South Bend with a bid of $157,829.40.  The two projects bid were mill and fills for Liberty Street from Webster Avenue to Pennsylvania Ave and Center Street from West Jefferson to Monroe Streets.