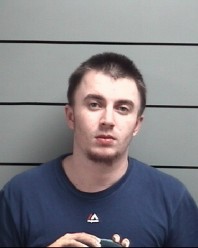 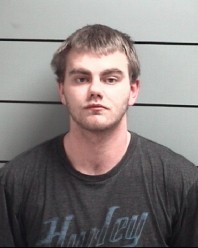 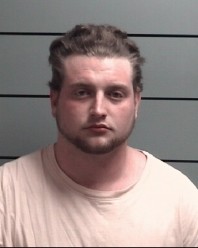 On Thursday, March 1, 2018 at  approximately 1:00a.m an Officer with the Marshall
County Sheriff Department conducted on a traffic stop on vehicle in the area of SR 17 and
Queen Road for a traffic violation. During the investigation of the stop it was found the
driver of the vehicle Jacob T. Rachiele 21 of Plymouth was had been drinking and was
transported to St. Joseph Hospital Plymouth. There were three other occupants in the
vehicle identified as Blake Brown 20 of Plymouth, Timothy Menefee 19 of Winona Lake, and
a 17 year old Female juvenile had been drinking.  Mr. Rachiele was lodged in the Marshall
County Jail for Operating a vehicle While Intoxicated, Mr. Brown and Mr. Menefee were
lodged in the Marshall County jail for Illegal Consumption of Alcohol by a minor, the
Female Juvenile was transported to the Marshall County Sheriff Department and released to
her parents.

Readers are reminded that charging information supported by an affidavit of probable
cause is merely an allegation that a crime has been committed and that there is only
probable cause to believe a crime has been committed.  They are presumed innocent
throughout the proceedings and are entitled to be represented by counsel and entitled to
a trial by jury at which the State is obligated to provide proof beyond a reasonable
doubt before a judgment of guilt may be made.