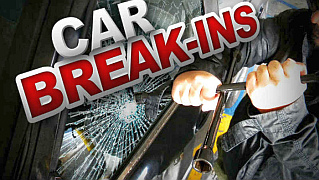 Officers from the Marshall County Police Department took several reports of this kind of activity.

Most of the items taken were confined to smaller items including items containing small amounts of money such as wallets and purses.

Anyone with possible information about this incident is asked to contact Patrolman Cullen Smith or Patrolman Anthony Bragg of the Marshall County Police Department. 574-936-3187.