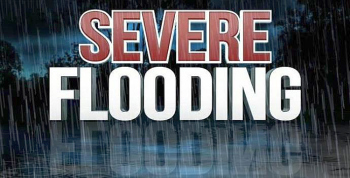 The declaration is in response to the flood event that is currently going on and states that the county is seeing historic flooding of the Yellow River.

The declaration states that a “state of emergency was issued at 3:30 on Tuesday, February 20th to encourage people to say off roadways.

The duration of this declaration is expected to last until 4 p.m. on Monday March 5th.

All citizens are directed to comply with necessary emergency measures, to cooperate with public officials and disaster services forces in executing emergency operation plans, and to obey and comply with the lawful direction of properly identified officers.

Marshall County Emergency Management Director Clyde Avery would like to remind folks who have suffered damage to their homes from flood water, to contact his office at 574-936-3740 to make a report.  Avery said, “No financial assistance is currently available, but we need to collect as much information as possible in order to move forward with the process.”