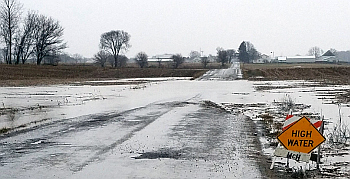 Marshall County emergency Management Director Clyde Avery is working to keep the citizens, businesses and industries in the county up to date on the flooding event we are experiencing.  In his latest update Avery said, Marshall County remains under a Flood Warning and the commissioners have implemented a “Warning” level travel advisory specifically for roads in German Township. 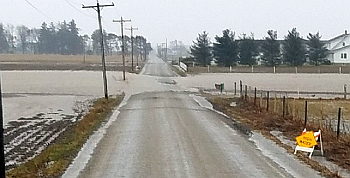 The Yellow River is currently at 12.53 ft. (4 p.m. Tuesday) and is still forecast to crest at 16.4 ft. by Wednesday night or early Thursday  morning. The major flood stage is 15 ft.

The following is the most up-to-date list of road closings and roads with high water:

2B between Birch & Beech

1st between Miami to Gumwood

Gumwood between 5B to 6th

5th between Gumwood to Grape

5th between Hawthorn and Grape

Kenilworth between US6 & 3rd

8A between Iris to 8B

8B between Hawthorn & Hickory

Hickory between 7B & 7th

7B between Ironwood & Hickory

Plymouth Goshen between US6 & Beech

Co. Line North of 4B

4B west of Redwood

3B between Sage & Sycamore

Quince north of US6

Redwood from 1st to Co. Line

8TH between Beech to Apple

Hawthorn North of 12B

12B West of Hawthorn

12B East of Juniper

Hickory South of 12B

Fir North of 9B