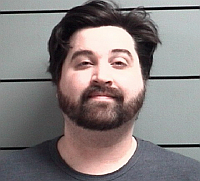 A Plymouth man is in the Marshall County Jail after he decided to speed away after County Police Officer Wozniak attempted a traffic stop.

The driver of the vehicle, 29 year old Kyle A. Wickens of Plymouth had a strong odor of alcohol from his breath but he refused field sobriety testing.

Wickens was taken to the Plymouth Hospital for a certified blood test that showed him to be almost 4 times the legal limit of alcohol.  He was lodged in the Marshall County Jail for Operating a Vehicle with a BAC of .15 or more, Operating a vehicle While Intoxicated Endangering, Reckless Driving and Operating a vehicle Without ever receiving a driver`s License and held on a $1,500 cash bond.