Out of State Men Arrested for Cocaine by County Police

Two people were arrested on Sunday, December 10th, after a county police officer stopped a vehicle in the Walmart parking lot. 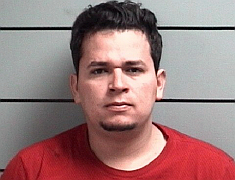 About 12:00 AM, Marshall County Officer Wozniak stopped a black 2008 Dodge Charger in the Walmart parking lot.  The driver, 29 year old Angel F. Ruiz Flores of Texas, was found to be operating a vehicle without ever receiving a driver`s license. Ulloa-Torres was also found to have cocaine on his person. 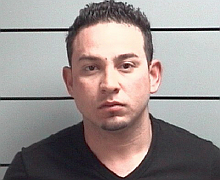 The front seat passenger, 27 year old Luis C. Ulloa Torres of Atlantic City exited the vehicle and the officer noticed a clear baggie containing 8 individual baggies in the vehicle.  There was a total of 7.4 grams of cocaine. Ulloa-Torres was also found to have cocaine on his person.

Ruiz-Flores was booked into the Marshall County Jail for Dealing in Cocaine, Possession of Cocaine and Driving Without ever receiving a driver`s License.

Ulloa Torres was booked for Dealing in Cocaine and Possession of Cocaine.