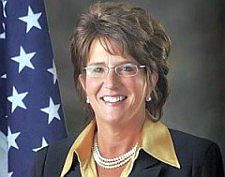 “Americans don’t lose their Second Amendment rights when they cross state lines, and they shouldn’t lose their concealed carry rights either,” Congresswoman Walorski said. “The Concealed Carry Reciprocity Act will protect the rights of law-abiding gun owners and allow those qualified to carry a concealed firearm to do so in any state that allows it.”

Each state would still determine its permitting requirements, and individuals would have to abide by state local concealed carry laws. Nothing in the bill would change who is eligible to possess a firearm, and it would exclude anyone who is prohibited by federal law from owning or carrying a gun.

The bill would penalize federal agencies that fail to report relevant criminal records, incentivizes states to improve reporting, and directs federal funds to ensure domestic violence records are accurately reported. It would also require the Bureau of Justice Statistics to report to Congress whether current criminal penalties already cover the use of bump-fire stocks to commit violent crimes.