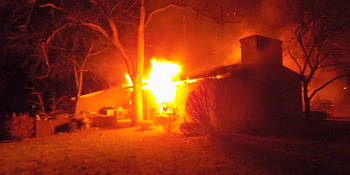 The Plymouth Fire Department responded to a house fire on the city’s south side Monday evening at 6:45.

The home at 718 Pearl Street was engulfed in flames on the south side as firefighters arrived on the scene. 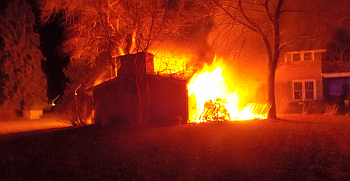 The property is owned by Robin and Diana Smith who weren’t home at the time of the blaze. 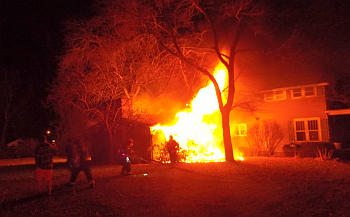 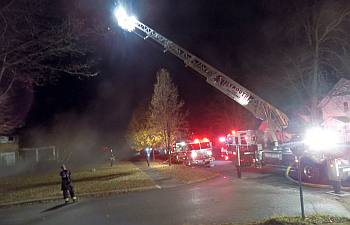 One Plymouth Firefighter was injured at the scene, cutting his finger on window glass.

Fire crews were on the scene more than four hours.