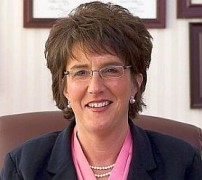 “Hardworking Hoosiers send too much of their hard-earned money to Washington and spend too much time figuring out their taxes. That’s why the House passed historic tax reform legislation that would boost our economy, simplify the tax code, level the playing field for American workers, and let middle-income families keep more of their paychecks. Now the Senate’s action has brought us yet another step closer to getting tax reform across the finish line, and I look forward to working together to send President Trump a bill to sign.”

In November, the House passed H.R. 1, the Tax Cuts and Jobs Act, which would overhaul the nation’s tax code, cut taxes for Americans at all income levels, and spur job creation and business investment.

The House on Monday will vote on a motion to go to conference, the next step in the process of reconciling differences between the House and Senate versions of tax reform legislation and sending a final bill to the president’s desk.