2 Drivers Injured in Saturday Crash on US 6 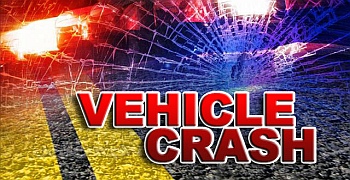 About 7:30 Marshall County Police Officer Ryan Hollopeter investigated the crash that sent a Kentucky woman and a Nappanee man to the hospital.

18 year old Mattie Mast of Webster, KY was traveling northbound on Beech Road in a 2004 Volkswagen Jetta.  Evidence at the scene showed that she failed to yield the right-of-way to a 2013 GMC Terrain that was eastbound on U.S. 6 and driven by 37 year old Jerami L. Huff.

Mast struck the driver’s side of the SUV.

Both drivers were transported to the hospital.  Their injuries were to the lower extremities and neck.